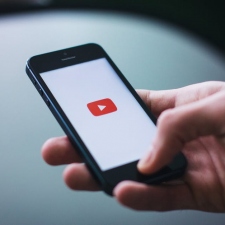 As of yesterday, YouTube's revised Partner Programme changes will be applied across the platform.

YouTube announced last month that it would be extending the eligibility requirements for its Partner Programme. Channels now need to accumulate 4,000 watch hours and 1,000 subscribers before it can be considered for monetisation.

In a recent interview, YouTube Chief Business Officer Robert Kyncl said: "We think that this level is high enough for us to learn about a partner, so that we can turn ads on them and not disappoint advertisers.

"At the same time, we don't want it to be so far out that it feels unattainable."

As a result of the changes coming in to play, smaller creators have begun campaigning on Twitter, as a show of solidarity.

YouTubers are using hashtags on Twitter such as #DemonetizationDay and #SmallerYouTubers in an effort to share and discover one another.

Creators that have already surpassed YouTube's requirements are also making videos to guide smaller YouTubers on their way to the coveted monetisation goal.

One of the most popular hashtags circulating Twitter is #SmallYouTuberArmy, a tag that small creators are using to speak out about their concerns and criticisms regarding the new rules.

One YouTuber also tweeted asking if there were plans for smaller creators to migrate to another site.

It seems the largest concern among small YouTubers is that they now feel an even larger divide between themselves and the bigger creators.

YouTube star Mark 'Markiplier' Fischbach spoke out about the changes.

“Nobody going into YouTube at that time could have ever anticipated they were going to make a living off of it,” he told Polygon.

“Now there’s an expectation that if you work hard enough you can make it, but it’s not true. Some people will work hard all their lives and they will not make it. That’s the reality of the world that we live in.”

Fischback was keen to highlight that the recent wave of terrible conduct is not representative of the entire YouTube culture.

“There’s a huge group of YouTubers that take things extremely seriously and try to approach things with the utmost professionalism," Fischbach said.

“Yes,the rules will change and other things will get in your way, but when you have those obstacles in front of you, you can’t just bow to the pressure on you,”

“You have to keep moving forward. Just keep working.”