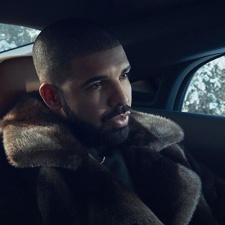 Fortnite’s assault on the mainstream consciousness continued with a high-profile celebrity team-up on streaming platform Twitch.

Streaming star Ninja, who is on a record-breaking roll on Twitch, last night partnered with rapper Drake for a stream of Epic’s hit battle royale game. The stream went on attract over 600k concurrent viewers, peaking at somewhere around 630k – helped in no small part by Drake tweeting out a link to his followers.

The pair were also joined by fellow rapper Travis Scott as well as American football player JuJu Smith-Schuster. Ninja was the only player on camera but viewers were able to hear the squad interact, and for periods when Ninja was dead the action would typically follow Drake.

In conversation Drake stated that he’d been playing the game for a couple of months, adding that his long stints in the studio often afforded plenty of downtime for gaming.

The viewer number crushes what is now understood to be the previous record of 390k set by PUBG player Dr Disrespect in January.

Ninja recently passed the 3m follower milestone on Twitch and currently has around 150k paying monthly subscribers. It is estimated that his monthly income currently sits at somewhere well over $350k.

Fortnite is now achieving the sort of mainstream recognition that the likes of PlayerUnknown’s Battlegrounds can only dream of. It was revealed earlier that this month that it is now comfortably the biggest game on Twitch – a fact that has propelled Ninja to such tremendous success.

Watch Squads with Drake, Travis and JuJu you heard me. | @Ninja on Twitter and Instagram from Ninja on www.twitch.tv