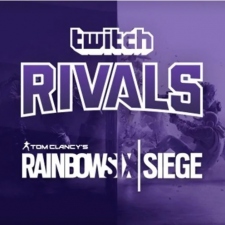 At the Electronic Entertainment Expo (E3) in Los Angeles, Twitch and Ubisoft will host a competitive match of Rainbow Six Siege between musicians and streamers for a $100k prize pool, with half of the total being donated to a charity.

Ubisoft and Twitch have partnered for the showdown and will be livestreaming the competition on the Ubisoft Twitch channel, immediately following Ubisoft’s E3 media briefing in celebration of the launch of Operation Phantom Sight.

The team captains are Faheem ‘T-Pain’ Najm and Miles ‘Lil Yachty’ McCollum, who will be joined by streamers Bnas, AnneMunition, Lil_Lexi, Sacriel, BikiniBodhi, Therussianbadger, and ZanderLP. Each participating streamer will also be live-streaming the match from their perspectives.

The Ubisoft conference begins at 9pm BST on June 10th.