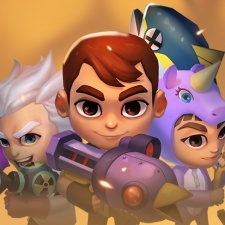 The battle royale game is playable for up to 30 players at once, and players can play with an additional three friends in a squad.

Snapchat’s feature Snap Games is the real-time platform accessible from the Chat feature that launched April 2019.

Bernard Kim, president of publishing at Zynga said in a statement, “game developers rarely get the opportunity to create an entirely new experience on an emerging platform so our team was excited to remix the battle royale genre into a fast-paced game designed to rock on Snap Games.”

Further to this, Tiny Royale features a communication feature that integrates with the messaging feature, Chat, either through text or voice.

“Snap Games is all about exploring new ways for friends to play together and Tiny Royale is the perfect example of that," head of Snap Games Will Wu added.

Following its release Tiny Royale will be launching a ranked matchmaking option within the game called Tiny Royale Leagues. This will enable a competitive style of gameplay grouping players into 20 tiers. As players compete within a limited time window, they will earn trophies and rewards based on performance, as well as climb tier rankings.

The Snap Games platform is accessible through Chat and features original and third-party titles.