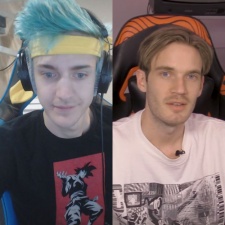 Twitch appeared to have some trouble while two of gaming's biggest influencers were playing together.

Playing for a prize pool of $20,000 (£15,968), the gamers teamed together as part of the second week of the bracketed competition.

Blevins streamed to his own Twitch channel while Kjellberg was streaming on DLive following his exclusive agreement. The pair amassed over 310,000 viewers between them at the time of Twitch’s crash, though the causation for the crash is so far unclear.

During its first week of the 2019 tournament, Keemstar’s Friday Fortnite gained a viewership of 8.8 million unique viewers, beating the UK’s most viewed TV show that week, EastEnders which received a viewership of 6.2 million.

In April 2019 Ninja was included in TIME magazine’s list of top 100 influential people. He joined the list alongside Dwayne ‘The Rock’ Johnson, Taylor Swift, and The Pope.

The pair are also the biggest independent creators on their chosen platforms by a large margin. Blevins has over 14 million followers on Twitch while Kjellberg recently cleared 96 million YouTube subs.