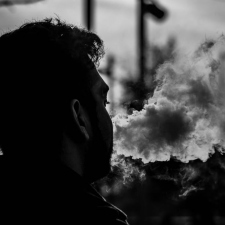 Numerous companies have been sent warning letters by the Food and Drug Administration (FDA) and the Federal Trade Commission (FDC) due to social influencer posts failing to contain full warnings for vaping products.

Artist Liquids Laboratories, Humble Juice Co., Hype City Vapors, and Solace Technologies received the letters stating that the posts failed to include a warning over the inclusion of nicotine. This information is a requirement for all posts containing the ingredient.

“Given the significant risk of addiction, the failure to disclose the presence of and risks associated with nicotine raises concerns that the social media postings could be unfair or likely to mislead consumers,” the letters stated, as reported by Gizmodo.

“Solace Vapor does not condone the use of our products by anyone who previously was not a tobacco and or cigarette user," said Solace co-founder Lorenzo De Plano in a statement to Gizmodo.

"We will be reviewing and terminating any and all 3rd party influencers who may not be compliant with our marketing policies. We hope that all other companies in our industry do the same."

Plano further clarifies that the letter refers to a single influencer who did not include the necessary warnings, and is no longer working with Solace.

The FDA and FTC released these letters as part of the FDA’s Youth Tobacco Prevention Plan, which priorities the limitation of access for kids to tobacco products, such as through limitations in advertisements and marketing for the youth demographic.

This comes following a 2018 survey conducted by the FDA concluding that more than 3.6 million students between middle and high school were current e-cigarette users.

“Years of progress to combat youth use of tobacco is now threatened by an epidemic of e-cigarette use by kids, and unfortunately research shows many youth are mistaken or unaware of the risks and the presence of nicotine in e-cigarettes," acting FDA commissioner Ned Sharpless in a statement this week.

"That’s why it’s critical we ensure manufacturers, retailers and others are including the required health warning about nicotine’s addictive properties on packages and advertisements - especially on social media platforms popular with kids.”