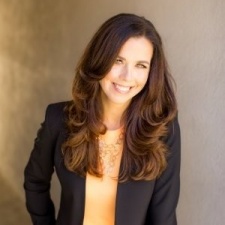 Pocket.watch has named Kerry Tucker as its first-ever CMO.

The studio, that works with some of YouTube’s top child creators, has hired Tucker as their first chief marketing officer. Tucker’s responsibilities will be managing the brand Pocket.watch, as well as the content that creators and brands produce.

Prior to Pocket.watch, Tucker worked as CEO for Hello Sunshine, the joint-media venture created by Reece Witherspoon and WarnerMedia’s Otter Media, as well as senior vice president for Martha Stewart Living Omnimedia’s marketing, media and merchandising.

“Kerry has a proven track record as a dynamic, strategic, and innovative leader at both Fortune 500 companies and startups,” said Chris M. Williams, Pocket.watch’s founder and CEO.

Tucker is to lead the launch and promotion for Pocket.watch franchises, including Ryan’s World and Ryan’s Mystery Playdate based off creator Ryan ToysReview, as well as Hobby Kids Adventure.

Working with Pocket.watch partners, Tucker is to create strategic and creative marketing practises integrating Viacom, Nickelodeon, Amazon, Target and Walmart. She is also responsible for creating tent-pole campaigns, focussing on back-to-school, and seasonal holidays to support product and toy lines.

Williams states, “Her experience working with some of the most iconic brands in the world, including Martha Stewart, Victoria’s Secret, and CBS Corporation, will be invaluable during our next stage of growth.”

"Influencers have such a genuine connection with their audience that is qualitatively different than a company trying to sell a game to the consumer," said Pocket.watch head of gamees Greg Hayes, speaking to PocketGamer.biz earlier this year.

Pocket.watch on how partnering with influencers gives it an edge in the mobile games market