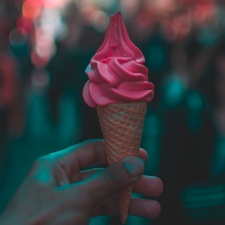 Joe Nicchi, an ice cream seller based in Los Angeles, has been selling his products for twice their value to any influencers following previous bouts with individuals asking the CVT Soft Serve owner for free products in return for exposure.

Nicchi created a sarcastic sign stating that all influencers will now pay double price, as a result of “ a request to do a party for 300 people for free in exchange for 'exposure', which is the word they love to use," he told the BBC.

While the conversation surrounding influencer payment is new and constantly updated, with the British Advertising Standards Authority recently releasing an influencer guide to assist influencers in their online content, what Nicchi’s decision expresses is how the wider society is apprehensive to acknowledge the growth into influencer reach, despite influencer marketing now being taught in schools.

"I've been getting a lot of supportive emails since this went viral," Nicchi said. "I think a lot of these influencers are hitting up small businesses for free products in exchange for posts with dubious value."

With Nicchi’s ice cream selling for $4, it could be considered hysterical that influencers will belittle their own reach to the value of $4 for an ice cream, when Instagram posts can earn between £100 ($125) to £750,000 ($943,316) for those with a credible audience base.

However, it leads into the wider discussion of what, and where, is the line with how much an influencer can use their celebrity reach. This week,  the ASA ruled that anyone with over 30,000 followers on social media can be considered a celebrity.

Earned media could allow for niche and specific engagement between creator and content, allowing a growth for the business of an increased audience base, however as fashion blogger Anoushka Probyn explains, “factions of the industry whose actions have earned influencers as a whole a reputation as blaggers” wherein the reputation of this developing field, is being tarnished by those set on exploitation.

Despite Nicchi failing to recognise the value influencers add for his business, his experience with working with other celebrities like Mike Tyson, Adam Levine and Brad Pitt could suggest that the vendor is familiar with how earned media benefits his sales.