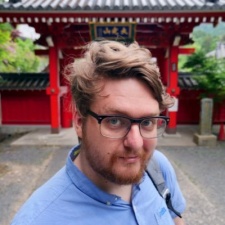 YouTuber and streamer Matthew Meredith, known as Caff, has been accused of sexual exploitation of his moderation team as well as a number of fans.

In a statement made within Meredith’s Discord server, moderator Mighty Claw stated that “corroborated and proven evidence has come to light that shows that Caff has been abusing his position as a content creator for at least the last 3 years to pursue sexual relationships with those he has power and influence over, using his position as a point of coercion and control".

Mighty Claw added that Meredith had frequently suggested that the mod team hire women, and that the team "now believe in retrospect that his reasons for suggesting these women were to gain additional access to these members in a closer environment to be able to more easily groom them for his sexual motivations”.

In the past three days, the Discord moderation team has reportedly received statements from eight individuals, though the identity of the individuals has been kept private. The entire mod team for Meredith’s Discord server has quit, stating that “we cannot stand complicit in support of Caff".

Meredith has been producing gaming and AMSR content since 2013, before joining The Yogscast collective in 2016. His main channel, Caffcast, has amassed over 100k subscribers.

Yogscast CEO Mark ‘Turps’ Turpin responded to the allegations via Reddit, confirming that the evidence has been reviewed and that Meredith's relationship with The Yogscast had been terminated with immediate effect.

"Having reviewed the evidence and carefully considered this situation, we have concluded that Caff's conduct is a material breach of our talent agreements and code of conduct that results in us terminating his relationship with the Yogscast effective immediately," Turpin wrote.

Consequently, Meredith has also been removed from the guestlist of YogCon, which takes place on August 3rd - 4th.

The moderation team for a content creator just came out with pretty big news. We cared so much and worked with this person for years, even calling them a friend, it breaks my heart. If anyone needs support or has anything, we are here for you.

Other than that, fuck him pic.twitter.com/75aLrE6kqG