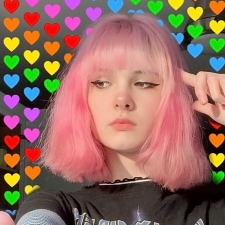 Local police have charged Clark with the murder of Devins and attempted suicide after arriving at the scene to Clark stabbing himself in the neck. Devins' body was found nearby under a tarpaulin.

Devins and Clark met on Instagram two months prior, where they began a friendship and relationship, with the two meeting their respective families and attending a concert on Saturday 13th July in New York.

Lt. Bryan Coromato said that after police located Clark and the deceased Devins, Clark laid down her body and proceeded to take selfies across Devin’s body sharing the images onto 4chan and Discord which operates an encrypted chat service. He also shared the images to Instagram with the caption “I’m sorry, Bianca”.

Photos are still circulating online of Devins despite Instagram and Discord’s efforts to remove the insensitive material quickly. Facebook faced similar scrutiny just a months ago, after a shooting in Christchurch, New Zealand was live-streamed to the platform.

While some fans claimed that this was a stunt performed by the pair to gain followers, Utica police have confirmed the photographs to be genuine.

Devins’ family said in a statement that Bianca was “a talented artist” and “a wonderful young girl, taken from us all too soon.”

A spokesperson for Discord said in a statement: “we are shocked and deeply saddened by this terrible situation. We are working closely with law enforcement to provide any assistance we can. In the meantime, our hearts go out to Bianca’s family and loved ones.”

Clark’s Instagram account has since been deactivated and Utica police have said that they are working to address the sharing of the images across multiple social media platforms.