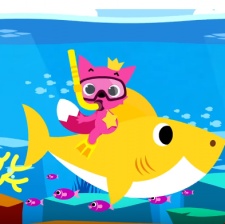 Pinkfong’s 2016 YouTube song Baby Shark is being used to deter homeless from a civic building in West Palm Beach, Florida.

The song, alongside Parry Gripp and BooneBum’s 2012 song Raining Tacos, is played on the patio of the Waterfront Lake Pavilion.

The building is a banqueting venue that hosts weddings among other events and receives $240,000 annually.

The city’s mayor Keith James complained of finding faeces and other “unsanitary things” around the venue, so is playing the two songs on a loop to deter the homeless from settling in the area.

City director for park and recreation, Leah Rockwell said iIt has been effective and is a temporary measure to make the area accessible for those who have rented the facility and for future events".

“We are not forcing individuals to stay on the patio of the pavilion to listen to the music. The music is heard only if you are on the patio, a very small area relative to the rest of the waterfront.”

The city previously attempted to deter drug dealers in the area by playing classical music, however the sound system was destroyed.

Playing Baby Shark and Flying Tacos on a loop has been criticised by the National Coalition for the Homeless, who describes the movement as showing a complete “lack of concern for our community members who are struggling through a very rough time”.

Both songs are viral on YouTube, with Baby Shark and Flying Tacos earning over 3bn and 31m views respectively. Beginning in August 2018, Baby Shark spent 42 weeks in the UK Charts, reaching No. 6.

James, however, clarifies that this solution does not intend to be the final solution for resolving homelessness in the area, with city partners and non-profits will engage with the homeless to provide needed services.

“It's not meant to be the Band-Aid, the cure-all," James added.