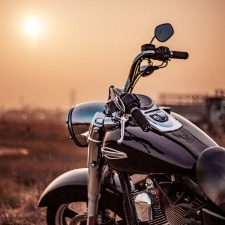 Lifestyle blogger Tiffany Mitchell has received criticism after documenting a motorcycle accident on Instagram, with many suspecting it to be staged as a paid-for advertisement campaign.

Critics are accusing the lifestyle creator of staging the accident to match her aesthetic on the platform, and to incorporate the water subtly as product placement.

The series of photos has since been removed, though comments regarding the incident are still circulating on her profile.

The event was photographed, including during, and after the accident, by a friend of Mitchell, with an accompanying caption detailing how Mitchell lost her partner to a road accident three years prior.

However, she was met with comments speculating that the images were staged, or questioning the morality of how Mitchell felt it suitable to have the accident photographed, as well as to share them while incorporating branded products into the shots.

Mitchell, when asked about the validity of the images, stated, “nothing about this was staged. I’m sad that some people are taking it that way, but it’s just not the case.”

The blogger has also denied any involvement of a paid-for sponsorship with Smartwater.

“I would never turn a very important personal story like this into a brand campaign," Michell added, speaking to Buzzfeed. “The water was given to me while I was resting.”

Further to this, Mitchell has requested that BuzzFeed News do not proceed with this story, as she believed it would “draw negative attention”, though has utilised the press attention for personal growth.

“I’m really sad that raising this topic without all the context may inspire negativity and hatred, but I did my best and hope that whatever happens can add to people’s lives in some way,” she concluded.