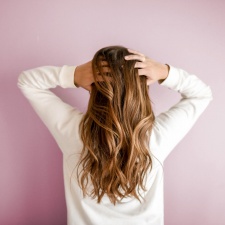 An Instagram influencer has uploaded a controversial piece claiming that everyday household items such as shampoo, toothpaste, and make-up are increasing weight gain.

Blaming an ingredient within the products, Eleni Chechopoulos said that due to “obesogens”, consumers will have their weight affected by hygiene products rather than from the food they eat or their exercise habits.

“First it’s calories, then it’s hormones, then it’s gut health...now it’s my shampoo?! You count every calorie that passes your lips, but your weight won’t budge… Managing your weight isn’t only about calories in vs. calories out!”

In her post, Chechopoulos, states that in an unspecified study with mice, the weight of the mouse that had obesogen interference, "continued to gain lots of weight throughout its life, while the unexposed mouse remained thin".

Despite referring to a study, no point of reference was made either to where the experiment was conducted, or when. Chechopolous' Instagram page has now been made private, but social media users were quick to capture and share the post.

This is next level fatphobic. Encouraging women to think and worry about the number of calories in SHAMPOO and it’s effect on weight gain. Jesus wept. pic.twitter.com/VfZLoxEXDW

Her post has received criticism from her audience, with some accusing Chechopoulos of fat-shaming, and promoting misinformation on positive eating habits.

Further to this, people have claimed Chechopoulos is sharing misinformation and fear-mongering to grow her own business, The Gut Rehab Blueprint, a client-based mentoring for positive health.

In her post sandwiched between discussing obesogens, Chechopoulos writes, “In The Gut Rehab Blueprint, I have an entire module that dives deeper into obesogens and teaches my clients how to avoid them.”

However, in an interview with Insider, Chechopoulos spoke regarding her post, saying, “It is my intention to encourage women to use products, shampoo or not, with fewer potentially harmful ingredients.

At the end of my post, I provided a few of the many studies that show a correlation between these ingredients (BPA, phthalates, etc...) and their effects on our bodies. While I'm not aware of any currently published long-term studies, that doesn't make this topic a myth.”

In The Guardian in 2018, Professor Richard Sharpe, a scientist at the centre for reproductive biology at the Queen’s Medical Research Institute in Edinburgh spoke of obesogens, stating: “while it’s not possible to dismiss the hypothesis that certain environmental chemicals to which we are exposed could perturb [or] reset body regulatory systems so as to predispose to obesity, I remain unconvinced that obesogens are likely to be important players in the obesity epidemic.

“Ultimately, no matter how obesogens or anything else might reset energy regulatory systems, you cannot get fat unless you consume the calories.”