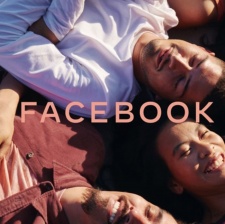 Facebook Inc. has rebranded to 'FACEBOOK' as part of an attempt to distance the company from its properties.

The main social media app will remain to be titled Facebook, and will keep its blue design. The company logo will change colours depending on where the name will be presented, and is written in a capitalised version, using a "custom typography".

Speaking of the redesign, Facebook said, "we wanted the brand to connect thoughtfully with the world and the people in it. The dynamic colour system does this by taking on the colour of its environment."

Facebook's chief marketing officer Antonio Lucio adeded: "people should know which companies make the products they use. We started being clearer about the products and services that are part of Facebook years ago.

"This brand change is a way to better communicate our ownership structure to the people and businesses who use our services to connect, share, build community and grow their audiences."

WHY ALL THE SHOUTING

FACEBOOK has already received complaints from people questioning as to what purpose a rebrand would serve.

Among many who expressed a disinterest in this, Democratic Presidential candidate Elizabeth Warren wrote on Facebook, "Facebook can rebrand all they want but they can’t hide the fact that they are too big and powerful. It’s time to break up Big Tech."

Warren has expressed that if elected, she will see that the large technology companies like Amazon, Google and Facebook will be broken up, with fear that the companies have a monopoly amongst their industries.

This has recently been reciprocated by the FTC, who warned that with Facebook's purchase of WhatsApp and Instagram, it would be harder to investigate the Facebook company due to its properties muddying the waters.

“If they’re maintaining separate business structures and infrastructure, it’s much easier to have a divestiture in that circumstance than in where they’re completely enmeshed and all the eggs are scrambled.” Joseph Simmons, chairman of the FTC, told the Financial Times.

Facebook is taking down firms that provide fake followers and likes