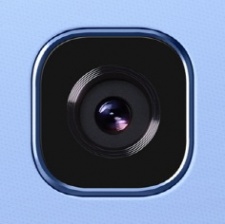 Users of Facebook's iPhone app have discovered a bug that shows their phone's camera being accessed automatically.

Confirmed by the Telegraph, users can verify this by following a particular sequence, which shows the camera feed behind the news feed, giving live feedback to what the camera sees.

It appears to switch on a camera when a photo in the news feed is tapped on and remains on when users carry on scrolling.

Guy Rosen, Facebook's vice president of integrity and safety, spoke about the security risk, stating that camera were being activated the first time an image was clicked on, to enlarge, and continuing to operate after that.

Rosen also added that no images had been stored by the app, or had been uploaded to Facebook's servers, meaning that personal image information had not been obtained.

He said, "we recently discovered our iOS app incorrectly launched in landscape [mode]. In fixing that last week, we inadvertently introduced a bug where the app partially navigates to the camera screen when a photo is tapped,"

“Triggering this bug activated the camera preview, and once triggered, the preview remained active until you tapped elsewhere in the app. At no point was the preview content stored by the app or uploaded to our servers."

The bug caused concern as individuals began questioning if Facebook was obtaining user information without prior consent, following speculation that Facebook's data had swayed the 2016 Presidential election, and was being sold to other international states, as reported in the Mueller Report, and Cambridge Analytica.

A spokesperson for Facebook said that the bug had existed since the 8th of November, when the updated version of the application was released for public access.

Will Strafach, an independent app security expert and chief executive of Guardian Firewall, reassured, "it is a silly glitch that looks bad because Facebook has lost the confidence of many folks,"

"I cannot see any obvious harmful activity here, though. I have not been able to trigger anything like a nonconsensual upload of photos, so the risk is low."