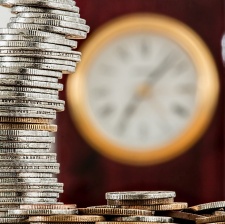 Influencers have been earning more for their posts in comparison to recent years, according to a new study from Izea.

An increased price per post is recirpocated on all social media platforms, with a single Twitter post earning on average $422 in 2019, rising from $29, whereas sponsored blog posts are seeing an increase in value from $7.39 to $1,442.

The increases highlight the growing value of influencers in an increasingly competitive industry, following ASA guideline changes earlier in 2019 stating that any individual with 30,000 followers or more is considered an influencer.

The report by Izea also suggests that despite the growingly saturated market, brands and companies are continuing to invest within the online influencer world as it continues to grow in value.

However, while the industry may be continuing to grow, it is clear from recent investigations that it is still fluctuating with its pracitses as the ASA and FTC discuss how the industry should be effectively regulated.

Most recently, the FTC published a brochure explaining the classification as to the "material connection" to a brand that read, "as an influencer, it’s your responsibility to make these disclosures, to be familiar with the Endorsement Guides, and to comply with laws against deceptive ads. Don’t rely on others to do it for you."

The updates from FTC and ASA are also reciprocated in how the platforms themselves are tackling the growth of influencers. Instagram has begun hiding likes from its platform, and YouTube is currently undergoing changes to ensure that the platform complies with COPPA.

Ben-Itzhak commented on this, "influencers will still be able to see what engagement they have and it is common practice to grant permission to brands so that they can see that too,"

"The bigger question will be whether consumers will continue to engage when they can't see 'likes'."

Influencer Mrs Hinch is being investigated by Advertising Standards Authority