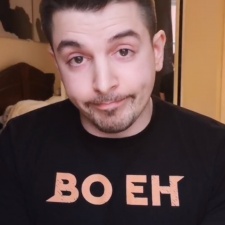 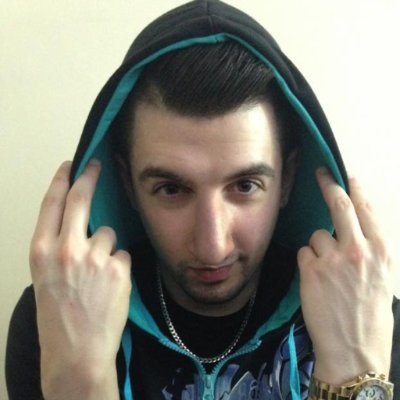 A popular League of Legends streamer is being investigated by Jagex for inappropriate behaviour conducted at the company's annual Runefest event.

Ali 'Gross Gore' Larson has been accused of sexual harassment, verbal and physical abuse. Complaints about his behaviour apppeared on social media at the beginning of the week.

Runescape creator 'Skiddler' released a statement regarding events involving Larson that had taken place on the Saturday evening.

The statement mentioned sexual comments that Larson had allegedly made towards a number of women, as well as verbal aggression and assault.

He had sat down next to her, and repeatedly commented on her breasts, and how attractive they were," Skiddler wrote.

"She made it clear to Gross Gore that she was uncomfortable, however, he continued not only making comments, but fetched multiple people whom he was with to validate his opinion on her breasts. Rachel approached me shortly after, distraught, and left the hotel."

Regarding an altercation that occurred between me and Gross Gore on Saturday evening. I've written a statement as there are false rumours circulating. pic.twitter.com/nl0GOpbp4B

Two female Runefest guests spoke to Polygon about their time meeting Larson at the event.

"He was a nice guy, and when I saw him again later he bought me a drink and was asking about my phone screen, which is a photo of me and my boyfriend," said one woman.

"He was trying to kiss me at the bar before giving me the drink. I walked away, and told everyone he tried to kiss me. I laughed it off awkwardly because I didn't really know what to do."

The next night, she reportedly had a similar incident with Larson, when he allegedly tried to kiss her.

"He saw I was super drunk, offered me another drink, which stupidly I took again because I didn't think being drunk and accepting a drink was accepting to be kissed or asked to kiss multiple times," she said.

"This was when he tried kissing me, and I dodged it. Someone yelled at him saying, 'What are you doing?' and he yelled back, 'She's my girlfriend!'"

There's even a grim video on Twitter of Larson trying to kiss a girl while her friend records it.

The streamer responded to the allegations in an hour long video on Twitch, implying it's fine to comment on a woman's appearance if they're wearing revealing clothing.

"I'm going to be really realistic, and I mean no offence to the woman, no disrespect. But the woman, she was wearing a really, really, really revealing top, and that's great, we live in 2018, you can wear whatever you want.

"But people have to understand that if you're going to wear something so revealing, people will comment on it. That's life. If I drove around in a Ferrari, then people would comment on the Ferrari. That's just the way people are." Okay, pal.

Jagex has since issued a statement regarding the events.

"With almost 2,000 people attending RuneFest this year, we thank everyone for making it a very special event in the RuneScape calendar," the firm wrote. "However, after RuneFest had finished, we were made aware of allegations concerning a small number of content creators. While the alleged incidents did not take place at the RuneFest venue or within its opening hours, the safety and wellbeing of those in and around our events is of paramount importance to us.

"Having reviewed the allegations we have found that the content creators concerned did breach our code of conduct. We do not tolerate inappropriate or offensive behaviour in any way and, while we had a limited working relationship with some of the individuals, we will not be working with them, or inviting them to future events, going forward.

"As we look towards 2019, we will strive to keep future RuneFests, and all Jagex events, safe spaces where attendees can continue to enjoy the inclusiveness and positivity that comes from being part of the RuneScape community."