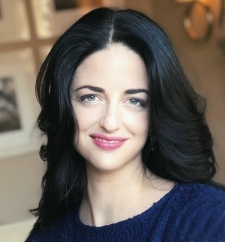 Polina Haryacha is a seasoned marketing strategist and co-founder of gaming influencer marketing agency CloutBoost. Polina is a noted expert in Influencer marketing, having contributed her insight to key industry publications that include Adweek, AdExchanger, TechCrunch, and PocketGamer among others.

The Coronavirus pandemic has changed the world as we know it and affected most areas of our life. Business and economic implications of coronavirus on consumer shopping behaviour and global advertising spend have been unprecedented and will keep unfolding.

According to the World Federation of Advertisers, there was an 8 per cent jump from March (81 per cent) to April (89 per cent) in the number of multinational businesses that have chosen to defer planned advertising campaigns due to the global pandemic situation.

While marketers are looking for the best possible ways to adjust their brand and user acquisition strategies, there is still a lot of grey area.

The current crisis has caused massive job losses and a decrease in personal income on a global scale. Consequently, we will see changes in spending habits. According to the BCG report, people expect to save more (29 per cent) while spending less (27 per cent) on nonessential items such as fashion and luxuries.

Despite the negative tendencies in the financial situation, there are industries that experience growth, BCG says. These include grocery and online grocery retailers, health, fitness and beauty categories.

People are looking for ways to manage anxiety and relieve boredom. Being confined at home people, resort to online activities and media consumption is witnessing a spike. Statista reports that as of March 2020, 44 per cent of respondents worldwide spend more time on social media and 36 per cent of people spend more time on computer/video games.

Online streaming platforms like Netflix, Disney+, and Spotify have surged in popularity, as consumers turn to these for entertainment. There’s an increase in subscription interest among 43 per cent of the respondents who weren’t subscribed to the platforms prior to the COVID-19 outbreak.

During self-isolation, people have resorted to gaming as an engaging and safe pastime available at home. In fact, Verizon noted an increase of usage during peak hours - up by 75 per cent in video games and 12 per cent in video streaming - in the U.S. alone.

To put it in concrete numbers, over 20 million users have logged in on Steam in March, marking the highest concurrent user count recorded for the popular PC gaming platform. U.S. downloads for mobile games in both iOS and Android have also increased by 25 per cent.

Gaming influencers also connect with their community by streaming gameplay. During this period, YouTube Gaming documented a 15 per cent uptick in live-streaming, which is reflective of how the medium is becoming increasingly popular as a means for entertainment among people stuck at home.

Twitch, the largest video game streaming platform, saw 1.79 billion hours watched in April. This number became a new record of viewership on the platform. Twitch has seen its average of concurrent viewers nearly double from about 1.3 million in January to 2.5 million in April.

Twitch has also marked a 20 per cent increase in overall viewership of gameplay live streaming, with up to a total of 869 million minutes watched per day by all visitors of the platform.

As for sponsored content, We Are Attain’s research revealed that compared to the same period in 2019, 66 per cent of influencers have reported that they posted less content. Only 23 pet cent said that they posted more, while 13 per cent reported loss of earnings.

Some influencer categories are being hit really hard by the crisis, others are seeing an uplift in their views and user engagement. Travel influencers, in particular, were among those who have felt the brunt of the pandemic impact, with 79 per cent reporting that they shared fewer posts during the time. 68 per cent of lifestyle influencers and 65 per cent of fashion influencers didn’t get to produce as much content as they used to as well.

Others, including fitness, online education, DIY and gaming influencers, have been leveraging an increased interest in their content.

According to a report by Launchmetrics, sponsored influencer posts on Instagram suffered a steep drop, from 35 per cent in mid-February to 4 per cent in mid-April. But curiously enough, research conducted by Obviously revealed that there was a 22 per cent increase in campaign impressions on the same platform from the last quarter of 2019 to the first quarter of 2020.

According to the data from Tubular Labs, brand and gaming platform collaboration was up. There were 249 brands working with 457 partners since the start of the pandemic situation. There was also a noticeable increase in video performance, with the leading campaigns delivering an average of more than 1 million views. In the last week of March, YouTube sponsored gaming content had its most-viewed week of the year (so far) and 6th most-viewed week of the past 3 years.

ForceGaming, a well-known gaming YouTuber, comments on that: “In terms of brand sponsorship opportunities, we've had somewhat of an uplift in the number of inbound requests. Outside of gaming, however, some of the non-endemic brands that we were in touch with had to freeze their marketing spend for the time being."

How are marketers changing in response to coronavirus?

Some of the global brands across industries got truly creative and adjusted their strategies to meet this unprecedented moment.

Scott McMillan, founder at Method and a popular Twitch streamer, shared his perspective on the best ways to connect with the audience in the midst of the lockdown:

“People want to be entertained in creative ways especially now. At this point, 2 months into the self-isolation, we have all consumed so much gaming, tv, movies and other online content that we need something special to grab our attention," McMillian said.

"Method partnered with MSI a couple of weeks ago to promote the launch of their new laptop range. What we did was create and host an event titled the “Ny’alotha Showdown”, this brought back an incredibly popular concept that was last done in 2014, a race between two of the top WoW guilds in the world to complete the hardest difficulty raid the quickest.

It proved to be extremely popular and the community loved it. We have also recently started hosting events with Method in game titles that have great communities but not enough support directly from the publisher. There is an opportunity for brands to get involved here and help put on events and shows that would not otherwise exist, it builds great sentiment and provides new entertainment opportunities to large communities and audiences”.

How are marketers shifting resources to optimise ROI?

Linqia’s May 2020 survey revealed that due to the pandemic situation, there was a notable digital marketing budget decrease during the 2nd quarter, as conveyed by 67 per cent of the queried marketers. However, only 41 per cent of them have indicated that the budget cut affects their digital spend allocation for influencers. As a matter of fact, 60 per cent of these marketers stated that they would either maintain or increase their influencer budgets.

The COVID-19 situation necessitated a revamp in the advertising strategies employed by marketers across various industries. The notable outlier is the gaming industry, which marketers have begun latching onto. Brands in the U.S. poured $3.3 million on ads during the 3rd week of April, which is three times what they spent three weeks earlier.

Should brands expect influencers to lower their rates due to the crisis?

With overall ads budget cuts, marketers are seeing decreased CPM and CPC throughout major digital marketing channels. For instance, YouTube paid ad campaigns are being put on hold by many brands due to the financial uncertainty leading to lower earnings for YouTube creators.

In the influencer space, many brands have had deals put on hold. Prevailing market forecasts predict a 15-25 per cent market value decrease of sponsored posts in the near future, due to the decline in demand for branded influencer content.

Gaming: In contrast, based on the data gathered by Gamesight, engagement with sponsored content in gaming is up on Twitch, in terms of the number of users and the estimated average engagement duration.

Simply put, more users are viewing sponsored content, and they are engaging with them for longer periods. However, despite this development, Gamesight hasn’t noted an increase in the rates charged by influencers for sponsored content. Advertising spend has remained the same since February, but there’s a 23 per cent increase in output effectivity.