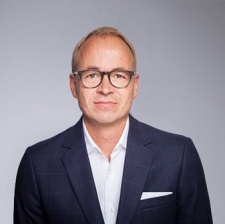 Sven Lubek is managing director at WeQ Studios, a game studio and publisher, providing marketing and promotional services to developers. The company specialises in hyper-casual mobile titles such as Cube Flip and Tower Raise.

For millennials and Gen Z who spend a lot of time engaging in social media and watching online videos, content creators are becoming more influential than traditional celebrities.

These content creators (i.e. “Influencers”) are often seen as relatable and credible because of how transparent they are with their viewers about their personal lives. In return, they have a stronger impact on a viewer’s intent-to-buy than “traditional” celebrities.

In fact, according to HubSpot, 71 per cent of consumers are more likely to make a purchase after seeing a product reference on social media.

Influencers are even becoming as prevalent as traditional media in real-world events. For instance, as annual gaming conferences like E3, gamescom, G-Star, Slush and GDC have evolved into industry-and-consumer shows, it has also become one of the better ways to connect with the gaming audience directly. Today, events are a platform not only to connect with more traditional media, but also gaming influencers.

At the same time, content consumption is shifting more towards video. According to a recent study by Cisco,  an estimated 80 per cent of global internet traffic will be attributed to videos by 2020.

Furthermore, 87 per cent of marketers are using video in their campaigns and 90 per cent of customers say video helps them make buying decisions, via Mobile Monkey.

An increased amount of video content - including live streaming, vlogging and produced video - is expected to increase the competition in distributing that content on mainstream social media platforms such as YouTube, Facebook, IGTV and other emerging channels.

Got it on video

On YouTube alone, over 1.3 billion people use the platform and watch 5 billion videos every day and over 300 hours of video content is uploaded to the platform every minute. In 2018, YouTube reached a milestone with 50 billion hours of gaming watch time in a 12-month period.

Instagram has grown tremendously in the past few years, now reaching over 1 billion monthly users with over 500 million actively engaged in Instagram stories every day. Instagram Stories, as a format, counts over 3 million daily users. In fact, 95% of US Instagrammers also use YouTube, so it’s an opportunity to create a cohesive cross-platform campaign. Additionally, 60% of users seek out and discover new products on Instagram, and 75% will typically take action, like visiting a website and visiting the App Store.

Emerging onto the scene is TikTok, “a destination for short-form mobile videos.” Since launching in 2017 internationally, TikTok reached over 528 million users by 2018 and then exceeded this in June 2019 by reaching 1 billion users, making it a top ten social network site, ahead of Twitter, Pinterest and Snap Chat.

TikTok makes it easy for users to create and share videos with special effects filters, stickers, and more. Content on TikTok has an unpolished, authentic look that makes it highly engaging for this younger audience. TikTok was the number one most downloaded app in Apple’s App Store in the first quarter of 2019, beating Snapchat, Instagram, Facebook, and YouTube.

Emerging onto the scene is TikTok, “a destination for short-form mobile videos.” Since launching in 2017 internationally, TikTok reached over 528 million users by 2018 and then exceeded this in November 2019 by reaching 1.5 billion users, making it a top ten social network site, ahead of Twitter, Pinterest and Snap Chat.

TikTok makes it easy for users to create and share videos with special effects filters, stickers, and more. Content on TikTok has an unpolished, authentic look that makes it highly engaging for this younger audience. TikTok was the number one most downloaded app in Apple’s App Store in the first quarter of 2019, beating Snapchat, Instagram, Facebook, and YouTube.

Where Gaming and Influencers Crossover

In recent years, countless gamers have started live streaming, garnering millions of followers. While gamers across the globe use lots of different platforms to connect, the most popular for gaming are YouTube, Twitch and Instagram. Even dedicated live streaming events have come along that further give a platform for influencers to showcase their gaming skills, like at TwitchCon.

These gaming influencers have built up massive reach with engaged audiences who are interested specifically in gaming—making them the ideal resources for marketers to engage, in order to reach audiences with games. Many influencers have thousands of subscribers who get a notification every time they upload a new video. Also, gaming influencers usually have their schedules visible on their profiles — in addition to maintaining social media accounts for promotions and networking — to generate visibility and interest ongoing.

Game companies spend roughly 30% of their revenue on marketing each year, creating a $41.37 billion market in 2018. Additionally, while it’s only a cautious estimate, 2% of spend (roughly $827 million) has gone towards influencer marketing. Influencer Marketing Hub reported that 81% of marketers leverage influencer-produced content on other marketing channels. There was a 400% growth in budgets.

According to Forbes, the highest-paid YouTuber of 2018 earned around $22 million. There was also an 86% increase in the number of Twitch streamers generating revenue.

How Marketers are Partnering with Influencers
While still a new frontier, influencer marketing has quickly become an important part of a game marketer’s acquisition strategy. Here are some of the current and most effective ways that marketers are leveraging influencers to promote games:

Pre-Launch Promotions
Generating pre-registrations by promoting the game before it’s launched, then re-marketing to the registered users when the game comes to market. Using contests and giveaways to drive registrations.
Creating a buzz around a game before the launch, getting potential players excited.

Game Launches
Driving interest by introducing the game to the influencers’ audience, enabling them to play it for the first time, or by creating video tutorials that walk audiences through the best tips and tricks of playing a game.
Creating sponsored video content for the launch that feels more authentic than advertising.

When to Use Micro vs Macro Influencers
It’s important to focus on sourcing the right movers and shakers for your game. When selecting an influencer for your campaign, game marketers should take the following points into consideration:
Relevance: The influencer must be relevant to a game’s genre and demographics. Their gaming interests should align with the game in order to grab the attention of the influencer’s subscribers.
Engagement: Reaching a large audience won’t be fruitful unless viewers engage with the content. Savvy marketers look beyond the high number of subscribers on an influencer’s YouTube channel, and take a closer look at the comments section of their videos, which reveals how well their audience interacts with their content.
Experience: It is always better to collaborate with influencers who have worked on similar projects before. Their expertise and insights can further enhance a marketing campaign.

Aside from this, marketers will also consider their budget and goals when sourcing an influencer. For instance, if you want to target a more niche audience, working with micro-influencers can be extremely fruitful. They have a relatively small, yet highly engaged audience, and they are less expensive compared to those with millions of subscribers, who on the other hand, will be costly, but could provide greater reach.

Regarding frequency of hiring an influencer, marketers often look to engage new segments of users. So, for instance, making two videos with the same influencer will only reach the same audience twice, and likely with lower conversions. This is different than creating a social ad campaign on Facebook, for instance, where its audience builder is continuously refreshing and searching for new lookalike audiences to show your ads.

Concluding Thoughts
Influencer marketing got very big very fast and is still growing rapidly, as Adweek estimates the industry to be worth $10 billion by 2020. What’s exciting now is that this growing base of content-creating influencers can develop a variety of engaging content to promote a game and acquire new players. In today’s world of millennials and Gen Z, setting the best gaming influencer marketing strategy can be tremendously impactful to ensure your games win big.