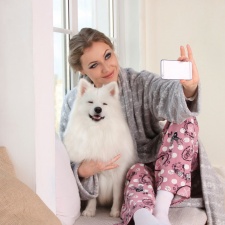 Let Seth Godin’s words linger in your cerebral cortex, or wherever marketing decisions live in your brain. Because, like everything SG says, this simple tip produces stunning results.

Influencers are a powerful reminder of how to nail these niches.

Long-gone are the days where beauty bloggers are the only people working on branded partnerships. As is often the score with the weirdly wonderful internet, the tiniest, quirkiest niches have emerged.

Before you chortle at their absurdity, know this: the influencers behind these seemingly bizarre niches are ridiculously in-demand by the brands they’re most suited to. Here are our favourites:

This is the new generation of social media business babies, or kidfluencers, as they’re known. These are a few successful examples of these empire-building children.

If you’re thinking of working with (or becoming) a child creator, read this.

The stats don’t lie - Adweek reported pet influencers engage 10 times more users as their human counterparts. Take Doug The Pug as an example: this wrinkled mutt has mingled with more rich and famous than Jonathan Ross.

Known as the “King of Pop Culture”, Doug’s Instagram followers are close to the 4m mark. He has his own line of Skechers, stuffed animals, dog toys, colouring books, calendars, and has hung out with everyone from Justin Bieber to Ed Sheeran.

Lesson: cute sells. Learn how to monetise your cute by reading this.

Meet Daisy. She’s the face of YOOX - an online fashion, design and lifestyle store. She’s smart, stylish, and has a bone structure carved by the ancient goddesses.

Read more about how virtual influencers might take over your job over here.

How could we skip the Hinch?

Rising to fame through her housework videos and tips, Mrs Hinch sparked a frenzy of Zoflora-hoarders around the world. With more than 3m followers on Instagram, her own book and activity journal, she’s made cleaning cool and herself very rich.

We did an in-depth breakdown of the magic behind Sophie Hinchliffe’s success, including six Hinch power moves you can learn from her rise to social stardom.