What is the career expectancy of an influencer? 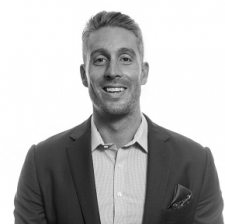 Aaron Brooks is the co-founder of influencer marketing platform, Vamp.

Yesterday social media star Marzia walked away from her 7.4m subscribers with her ‘Goodbye Youtube’ video announcement. In it, she discusses her complex relationship with social media and it’s effect on her mental health: “if you allow it to take over your life, I think it’s not healthy”, admitting this year she “had never struggled so much”.

At one point it got so bad she says she didn’t want to leave the house and leaned heavily on her fiancé for support. He is, of course, the YouTube phenomenon PewDiePie who, with 67m followers, is the platform’s most subscribed star.

It seems to echo last month’s report on the ‘burnout epidemic’ of YouTube stars by The Verge. Suffering from the pressure to “make nonstop videos for an ever-hungry audience, afraid to take breaks for fear of losing momentum, or worse, being reprimanded by the algorithm that decides what videos people see” high-profile personalities are quitting the channel.

It’s true that an influencer’s day-to-day is so much harder than the dream life it appears. They might not share the late nights spent editing, constant pressure to engage, hours spent chasing brands for payment, or struggle to reply to each comment they receive - but that doesn’t mean its a big part of their life.

While some are deciding a life on social media just isn’t sustainable, there are still many more blazing a trail. Influencers are getting younger too, as BuzzFeed’s Netflix documentary Follow This will attest and children are starting to weigh it up as a potential future career option.

Very few jobs are for life these days, but the career lifespan of an influencer is unchartered territory. They’re the first of their kind. Will we meet people in ten years time who will tell us that in a previous life they had a million Instagram followers? What is the career progression?

Very few jobs are for life these days, but the career lifespan of an influencer is unchartered territory.

In Marzia’s ‘Goodbye YouTube’ video, she references her ‘queen’ Jenna Marbles as one of her inspirations. But even Jenna, who started out in 2010, has grappled with questions of where her career is headed, admitting in a video that has over 11m views, “the truth is I don’t know…For many of you the novelty of me has worn off, that’s because all I can give you is me. My life. My thoughts.”

Audiences are always in search for the next big thing, but it’s possible that influencers could buck this trend. The outpouring of emotional messages beneath Marzia’s announcement is a testament to that. Influencers are successful because they are able to form deep connections with their followers. That’s why brands are so eager to have their products recommended by them. Micro influencers in particular seem to occupy a space halfway between publisher and friend, fostering strong levels of trust.

Perhaps it’s once they achieve this level of trust, they choose to go it alone and use their influence to create their own business ventures. They have the benefit of a broad skills base after all, often acting as the director, editor, writer and stylist for their content. Combined with a public platform and a loyal following, it’s a strong position to be in.

At the moment, Marzia hasn’t announced whether she’ll be quitting other social channels, like Instagram. A newly launched Instagram page for a ‘jewellery, pottery and decor’ brand she has founded suggests that she won’t.