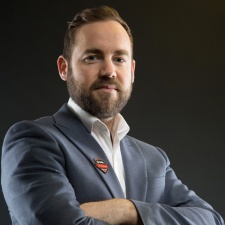 Esports has been on the rise in recent years, becoming a major sector within the games industry.

As part of Pocket Gamer Connects Helsinki Digital, ESL UK CEO James Dean took to the stage to discuss virtualising esports during a global pandemic and how it will shape the future of competitive gaming.

The coronavirus hit earlier this year, causing a range of problems worldwide, across various industries including the games market. As such, changes had to be made when it came to esports due to lockdown, and people not being allowed to gather in large groups. Therefore, esports faced virtualisation.

"Esports is already quite a virtual thing," said Dean.

"Gaming really is still on the up, we are talking almost three billion people worldwide playing games by the end of 2021."

Moreover, more than 50 per cent of gamers are using mobile devices, with that number expected to increase over time.

The average age of an esports fan is 27, although over 50 per cent of fans fall in the 18-to-24 age group. The community also tends to be well educated, with plenty of them either being in higher education or in full-time employment. Furthermore, the esports audience is also highly engaged.

"We shouldn't forget that gaming is an entertainment medium," said Dean.

"The pandemic hit us pretty hard. Nobody knew how hard it would hit."

Dean claimed that what has been learned through the pandemic, will likely stay within the esports scene.

Tournaments adopted an online format. Meanwhile, production became remote and cloud-based. Through innovation, there were some cost efficiencies when it came to production; one such example was saving money through not travelling.

However, physical events do create a better viewership experience, meaning innovation was needed to engage viewers in an online setting. Becoming online only had opened up opportunities for new content. However, there were issues when it came to revenue due to teams having different sponsors on their backdrops to that of the tournament itself, it "required some navigating."

"We expect physical events to come back. In the meantime, we have found ways to bring in engaging content," said Dean.

"Without the physical environment, we can't do the final physical checks for things such as cheating and match-fixing."

As such, integrity considerations were essential for the virtualisation of esports. Moreover, the impact of latency had to be considered. Therefore the format of the tournaments was rejigged to become more regional, thus making latency more similar for the players, thus creating a more even playing field.

Due to the format changes, there were scheduling improvements that saw a higher viewership for group stages, while offering sufficient time to prepare and promote content. Moreover, more weekends received broadcast, thus offering more viewership.