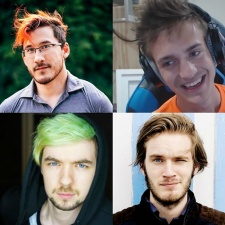 Do you know how many active YouTube Gaming channels there are? About 387,078.

That number has been growing exponentially, and despite the intense saturation of the gaming space, creators are still breaking out.

However, only 20 gaming channels have ever made it across that 10 million sub mark in to the diamond button territory. Some of these creators will be inherently familiar, some may not be.

Here's the top 20 and everything you need to know about them.