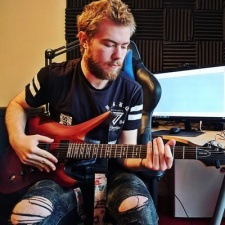 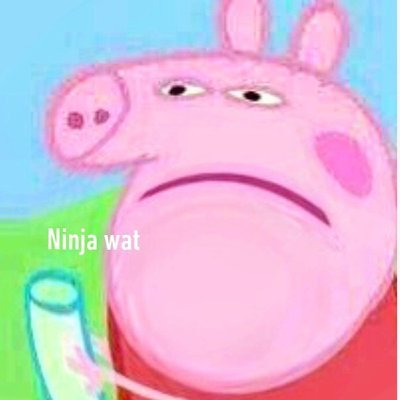 He also frequently collaborates with a number of larger YouTubers which has seen him grow significantly in the last year. He’s often seen around the likes of AmyLee33 and AshDubh.

While Pelka’s fan base is still in its infancy, he’s amassed a dedicated community that allows him to make content regular content.

Editing videos for larger creators has also given Speedy the means to run his own channel despite it not yet making tonnes of cash.

To find out more about Pelka's channel and life as a YouTube content creator, we spoke to him for our regular Rising Star series.

InfluencerUpdate.biz: First off, talk us through Speedy’s channel. Elevator pitch! What do you do, how long have you been doing it?

Adam 'Speedy' Pelka: I’m Speedy! I make videos on games such as Minecraft, Rocket League, and any other random releases I find enjoyable. I’ve been on the platform for around 10 years, but only started making content fairly recently. I’m also a freelance video editor for a few YouTubers.

Did you have any idea your videos would be as popular as they have been?

Not in the slightest. I like to put things into perspective by imagining trying to fit all the viewers / subscribers into one room - it’s madness! I remember getting so excited about getting 100 views on a video back in the day, so this is unreal for me.

How do you structure your work days? Do you find working from home a blessing or a curse?

It can be both, to be fair. When I wake up I get to editing videos for other channels; once I do that I try and record a few.

Usually I edit them straight after recording, sometimes I end up leaving it for a few days. Recently I got my friend Dylan to help me out with editing so that’s been easier.

I think it’s great that I get to work at any time in my pyjamas if I wished, but it’s also really simple to procrastinate and end up wasting time doing other things since the internet is just a tab away.

It can also be pretty hard to know when you should stop working, since it’s difficult to determine when you’re really done. There’s always that feeling of “you haven’t done enough” going in your head which can be a bit unhealthy at times.

How much does your audience and target demographic affect your work? Does it make you fearful to express yourself in other ways and styles?

There have been times where I’ve been wanting to play a certain game on my channel but chose not to due to the sheer fact my audience is very young.

I do think that young audiences look up to their internet ‘idols’, which is why I think it’s important to convey a good and positive message in your videos.

Doom is one of those cases. I love the game! But I don’t think kids would like seeing me ripping demons' heads off.

It’s not bad, however. There’s plenty of games and ways to express yourself in a way that the whole family can enjoy.

Do you think you have a responsibility to conduct yourself differently when catering to a younger audience?

I do think that young audiences look up to their internet ‘idols’, which is why I think it’s important to convey a good and positive message in your videos.

There have been plenty of cases on YouTube and platforms alike where kids have been impacted by the actions of their favourite content creators in a negative manner. That’s why I like to keep things positive, especially as kids can be really easy to influence.

How do you make running a channel sustainable? Given the recent changes to monetisation and YouTube revenue, do you think you’ll be forced to monetise in other ways?

The thing about YouTube is that it’s never stable. There’s no safety net like other jobs may have. It’s important that anyone pursuing the career as a YouTuber (even the really successful ones!) should have an alternative plan which they can resort to.

Things can change literally overnight. YouTube itself is very unpredictable, which makes me believe that you can’t trust it fully. Always have another career choice or path which you can take in case YouTube doesn’t do well!

If you’d like to support your favourite creators however, merchandise is the way to go. Merch sales help out a lot and you get to rep your faves.

How do you think the YouTube/Influencer is scene is performing currently and how do you think you’d fare if you started a new channel right now compared to five years ago?

The platform right now is very unstable and Google isn’t very good at letting us know what’s going on. Hopefully things improve soon, but until then we just gotta support each other and get through it.

You've just got to stick it through the point where you’re just starting out and not getting many views.

I do think that new channels have a chance; there’s new people blowing up everywhere! Trendy games such as Fortnite or Sea of Thieves - or any new hyped release really - are creating lots of new channels and bringing in lots of views.

You've just got to stick it through the point where you’re just starting out and not getting many views. Stay consistent, original and be patient.

What’s been the highlight of your career as a creator so far?

Meeting my viewers at conventions. It’s really easy to take the numbers on your screen for granted, but when you go to a convention and actually see physical people right there who want to meet you, it’s mind blowing. I'm forever grateful that there’s people who’d go out of their way to say hello.

What does the future of Speedy’s channel look like to you?

More consistent uploads, more content and more gameplay with friends. I have a few series planned - and one with a few episodes recorded already, coming mid April - and a bunch of ideas. With the help of my good friend Dylan editing my videos now as well, things should be a lot smoother.