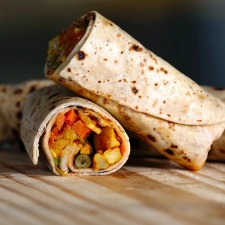 TikTok is the social media darling of 2020. Every brand, influencer and marketing agency wants a slice of its highly snackable pie. Or guacamole, in this case.

If you’re still baffled by the video-sharing app, learn the basics from the best so you can steal them like an artist. This case study is a successful real-life example of Tik-Toking done exceptionally well. Record-breaking, in fact.

In 2019, American fast-food chain Chipotle paid 17-year-old TikToker Loren Gray to take part in a branded challenge. With almost 40m followers, Loren has the most-followed account on the platform. She’s signed to Virgin Records and Capitol Records and researchers at UK games company Online Casinos predict she’ll be raking in almost £152K per post by next year.

To celebrate National Avocado Day (July 31, FYI), Chipotle launched a campaign, giving away free guacamole with the purchase of any regular-priced entrée ordered online or via the Chipotle app.

For extra visibility, a boost in followers and sales, as well as a stronger, more positive brand image, the chain also launched a hashtag challenge on TikTok - named #GuacDance. Customers could also get free guacamole for taking part in the challenge.

Chipotle partnered with TikTok star Loren Gray to kick off the challenge and share it with her millions of fans.

Chipotle chose “The Guacamole Song” by children’s musician Dr. Jean to centre the campaign around. If you want it stuck in your head for the rest of the day, you’ll find it (and its 16m views) here. Next, the brand created a specific branded hashtag for the challenge (#GuacDance) and paid Loren to share her challenge first and work her viral magic.

Loren posted this snappy, endearing clip, in her own style, with the caption: “you know I ❤️ @Chipotle & 7/31 is national guac day which = FREE GUAC online/in-app! #guacdance #ad”

The official caption Chipotle used to promote the challenge was: “This is what happens when guac is not extra. Show us your guac dance and get free guac from Chipotle when you order online or in-app on 7/31/19. Offer valid July 31, 2019 only. One free guacamole per entrée when ordered via Chipotle app or online. Void where prohibited. Details: chip.tl/avoday”

For anyone unsure, “extra” is youth slang for “excessive, dramatic behaviour” and “doing the absolute most” according to Urban Dictionary.

Throw in the freebie (and the most popular influencer on TikTok, naturally) and you have a marketing campaign that’ll guarantee you a pay rise.

The beauty of a TikTok challenge is that, as soon as one person takes part, it can spark off a reaction in all of their followers. If it’s a particularly fun challenge, it’s impossible for them to resist, so you’ll end up with a feel-good, community participation project, for the price of one video.

In this case, if you can afford to pay Loren Gray to be the first challenger, you’re looking at viral glory and an obscene spike in sales. Chipotle created a playful, accessible challenge, with a simple (yet irresistible) freebie.

It raised the visibility of its own brand identity by using a social media holiday as a launching pad, brought its own product into the challenge and executed the campaign perfectly. Avoca-go yourself (sorry, not sorry).