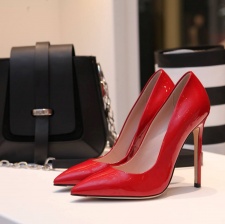 It used to be glossy mags and catwalk shows that ushered us into new clothing trends with the seasons.

Fashion was exclusive, controlled, determined by designers and cherry-picked by editors. Oh, how times have changed.

Instagram has allowed us to create our own style shows. We no longer need to be Gigi Hadid to flaunt a fresh look. Today, peer recommendations are power.

Social media influencers are power. Micro-influencers (Instagram users with a relatively modest number of followers) are power. So how should you use them? Borrowing some ideas from Ted Baker is a good start.

It’s not just new or small companies partnering with micro-influencers. Big brands such as Ted Baker are jumping on those with smaller followings.

The British clothing brand often partners with celebrities, but its ongoing ‘Ted to Toe’ campaign proves follower-count isn’t everything. Among handfuls of other Instagram influencers, ‘arty farty Scandi book nerd’ Camilla Ackley was picked out to collaborate and share products to her 13.6K fans. Another micro-influencer to work with Ted Baker is fashion, travel and lifestyle influencer Lauren Hannah, with 17.6K followers.

The Ted to Toe campaign uses a #tedtotoe hashtag. Its purpose is to pull any tagged images onto a shoppable page on the fashion house’s website.

Not only is the Ted to Toe campaign bringing in a huge bank of cheaper content (no need to hire photographers and stylists, or pay for fancy locations) generating even more sales and exposure, the social posts also work to increase brand awareness and drive more customers to the Ted Baker site.

The micro-influencers we’re looking at might have fewer than 20,000 followers, but those fans are especially loyal and engaged: the Ted Baker marketing team know that.

It’s most likely that Ted Baker’s marketing team proposed briefs to each influencer for the campaign and the influencers chose the clothes or accessories themselves, for an organic fit. Influencers styled them how they wanted to: Lauren Hanna flaunted red-carpet glam in an Instagram post that looked more like a luxury editorial than a social media update.

While Lauren focussed on a more formal look, Camilla Ackley appealed to a different kind of fashionista by going for a Scandi street style, wearing a bumbag as a shoulder bag. Both micro-influencers uploaded pictures with a natural caption, tagged the brand and used both #tedbaker and #tedtotoe branded hashtags. Simple as that.

Both micro-influencers appealed to their target audience seamlessly and organically. Followers can still see an [ad] that’s been paid for, but they also believe it more because there’s no dishonesty.

They’re also probably less likely to groan thinking of the money a smaller influencer is paid for a sponsored post, like they would if they saw Kim K flaunting teeth whitener.

Lauren and Camilla’s authentic captions make fans feel more like they’re receiving a genuine suggestion from a friend. It directly taps into the feeds of aspirational fashion-forward women in one of the most trustworthy ways you can (without actually being their friend).

The proof is in the pudding. With six years into the Ted to Toe campaign and revenue growing year-on-year, it’s clear the strategy is working.

Lauren Hannah’s red dress post gained over 1,000 likes and realms of positive comments such as ‘You absolute queen you look amazing’ and ‘Omg that dress is a dream’. All gushing brand associations - including the comment “Well done @ted_baker” with pink hearts from Olympian influencer Pippa Gilles, which will have popped up on the discovery feeds of her 21,000 fans.

Camilla’s post gained 282 likes, with many comments from other influencers and fans. The format of both is familiar and the content is genuine, all while giving Ted Baker easy content to add to its shoppable page.

The micro-influencer partnerships have created a medium instantly recognisable to a fashion-loving audience (especially with Camilla’s scrapbook-style graphics), so [ad]s don’t feel forced and turn off potential customers.