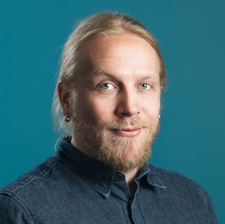 This week, influencer marketing platform Matchmade announced it had raised €4.25 million in a round of funding, alongside plans to open a new office in the U.S.

With America in its sights, Matchmade is seeking to expand its presence globally, and its first stop is San Fransisco. The company also announced the hire of Jordan 'Soma' Tayer, a Twitch streamer that will now also serve as Matchmade's GM of North America.

Tayer's knowledge of Twitch will come in handy, as Matchmade is also expanding their data and analytics services on to the streaming giant. Marketers can now access key information and statistics on over 260k streamers via Matchmade, as well as monitor both Twitch and YouTube campaigns easily.

We caught up with Matchmade CEO and founder Jiri Kupiainen to ask about their recent funding round, the expansion to the U.S, and to ask what other big moves the company plans to make as 2018 draws to a close.

InfluencerUpdate.biz: Why has Matchmade raised €4.25 million?
Our business is doing well, with revenue growing over 5x from 2017 to 2018. To fuel our growth, we’ve raised funding to be able to focus on product development, growing our team and expanding internationally.

Notably, €2M has come from Korea Investment Partners. Does that suggest you're planning a large push in Asia?
It’s too early say that we would be planning a big push in Asia, but yes we will take the region into a closer focus for sure. We’ll be adding some operations and business development in APAC.

Asia is a very interesting market for us from two perspectives: helping eastern companies enter the west, and likewise, helping western games studios break into the east, and so, Korea Investment Partners is a great investor for us because they really understand both the eastern and western markets. With investments in companies like Seriously and Kakao, we’re excited to be a part of their portfolio.

Why open a new office in the USA?
There are a few reasons: the platforms are in the U.S and having a close relationship with them is important for us; we have some important customers in North America and need to be on the (almost) same time zone to properly serve them; a lot of great influencers are based in the US, who we want to be close to in order to respond to their needs. We also hired Jordan Tayer and he needs an office!

Why expand to Twitch and how extensive are your services on this platform right now?
There’s been a lot of demand on the customer-side to also work with Twitch broadcasters on Matchmade. We’ll be adding more platforms in the near future too. We’re still in early release when it comes to Twitch, but we have some dozens of influencers signed up and we’re ready to run campaigns.

We’ve also seen many game companies add influencer marketing as a part of their marketing mix - just look at Fortnite and Brawl Stars, for example.

It is, however, early days for influencer marketing and there’s a lot of room for improvement. We’re big believers in data to match games with the right and most relevant influencers, and in transparency to make it clear for all parties what kind of results to expect and what to pay.

What other new tech and services are you working on?
More of everything! We’re developing our platform to make campaign creation easier, improve the influencer dashboard, and also add more platforms. We’re also doing a lot on the data analytics side.

What's the ultimate goal for Matchmade's business?
I think Henric Suuronen, who sits on our board, said it well: “[we aim to] become the Google Adwords for influencer marketing”. It’s still early days, so it will take us a while to get there, but we’re off to a good start.