Viral Visionaries: Does Snapchat still have worth as an influencer marketing platform? 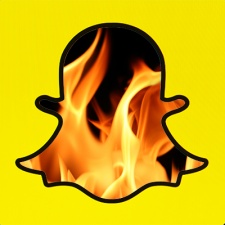 Snapchat hasn't had a great few months. A poorly recieved redesign seemed to be the catalyst to turn a lot of users away.

Recent data from YouGov has shown it's largest demographic moving away from the platform in droves; Americans aged 18-34 had fallen to a score of 8, down from the 30 it was polling as recent as January. That’s a 73 per cent decrease in just three months.

This week we asked our industry leaders where Snapchat sits in the influencer marketing race and whether it's still worth investing in.

I will make my response short and sweet. While Snapchat may still have a place in the media landscape I have seen demand for the tool diminish in the last six months and move to Instagram Stories. In addition to that, I have seen most of the Creators I do work with either leave the platform or double down on Instagram.

Without any cold hard facts or numbers to back exactly how many influencers have pulled away from Snapchat, we at Cherry Pick Talent have certainly seen it drop off our clients radar.

Our core business is YouTube, and with every branded integration on YouTube, you'll get a minimum of two social posts on the talents' social platforms of choice to help boost the brand and the video. We used to always include Snap in the list of social platforms the client could choose from, or highlight it if an influencer had a huge or highly engaged following but in all honesty, no one ever chose to host the added promotion on Snap!

Loyalty has always been with Instagram, Facebook or Twitter as the surefire way to get bonus traction for a brand. And in the last year, IG has trumped them all.

We are running more and more IG-only campaigns and seen immediate results. The platform itself has been much more user friendly and brand supportive than any of the others.

With the "Swipe Up" to take the viewer to a website, buy now page, video, etc. etc. it's a no-brainer for brands to include IG Stories in their overall campaigns. We love it, the clients see immediate results from it and the talent are happy to push it!

Don't get me wrong, Snap isn't being deleted off people's phones. Users live for those filters, faces and geo logos but that's where it stops. We're seeing more and more Snap users downloading their hilarious snaps and sharing on IG!

Those filters were genius and are often imitated, never duplicated, but it stops there. The serious lack of stats and audience information on Snapchat as a platform deters clients; and we all know, you can't book a talent on sheer following only!

A recent Pew Poll found that 69 per cent of US teens use Snapchat and 35 per cent use Snapchat more often than any other social media platforms (with YouTube coming in second at 32 per cent). But marketers shouldn't let these stats cloud their judgement.

Most of these teens aren't watching Discover. They're snapping at each other in an ecosystem where there's a far smaller likelihood that their parents are spying on them.

That's the power of Snapchat, and Instagram Stories is only replacing Snapchat as an entertainment app. I believe Snap would be best served to stop concerning themselves with original content and influencer marketing and make it the best dang messenging app they can.

If they want to move into the entertainment space, launch it as part of another app experience like Facebook will eventually be forced to do with Facebook Watch.

Snapchat isn't particularly conducive to influencer marketing. What it does have though is a grip on the Gen Z audience and that alone makes it hard to ignore.

It still has gobs of capital, talent, and an innovative streak in them. (Remember, this is the platform that pioneered stories before IG copycatted it.) Snapchat may not be as relevant as YouTube and Instagram for influencer marketing now but it's too soon to write them off entirely.

When it comes to driving downloads, is it better to recruit a few big influencers or a larger amount of micro-influencers?