Nano-influencers: the next big, little thing? 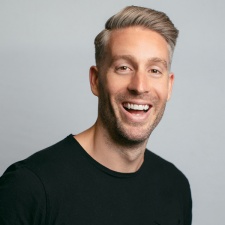 Aaron Brooks is the co-founder of influencer marketing platform, Vamp.

Like it or not, Kylie Jenner is continuing to make her mark in 2019.

Following her impressive streak last year gracing the cover of Forbes and taking the top spot in YouTube’s trending videos, the 21-year-old millionaire continues to exercise her influence at an unrivaled scale where she’s brought true meaning to the word ‘momager’ by launching another beauty campaign this month.

Of course, as the youngest member of one of the most famous families in the world, she’s benefitted from being on TV since she was 10. Still, her ability to keep the attention of 135 million Instagram followers - and build a business empire off the back of it - is an incredible feat.

The latest trend report from JWT calls this the age of the hyper-influencer. The report references Chinese influencers and key opinion leaders (KOLs) who have huge followings and therefore have the power to make or break a brand.

As Instagram takes its own steps toward integrating e-commerce on its platform, sales like this could be replicated. It would certainly give content creators the opportunity to display their influence even more explicitly.

Yet these hyper-influencers tell only half the story. Other emerging content creators, known as nano-influencers, are just as relevant for marketers.

Characterised as having the smallest following of all the influencers, and even smaller than micro- influencers, nano-influencers often have more niche interests or local relevance. But what they lack in followers, they make up for in engagement.

Nano-influencers might not generate record-breaking stats, but they will attract genuine prospective customers to see authentic experiences with your brand.

Marketers are interested in nano-influencers because they know that this engagement leads to connection and trust. If a content creator is just starting out, brand collaborations will be few and far between, so the influencer’s followers are less likely to have #adfatigue. And because using nano-influencers is still an emerging trend, there’s less chance that they have already worked with a competitor or have a conflict of interest.

“Authenticity and credibility are key concerns in influencer marketing. It’s a challenge because macro influencers are often used by many brands before and cannot promise real ambassadorship,” Alexis Cheong, senior strategist at Havas Media Singapore, told me.

The other benefit is cost. With Jenner reportedly charging up to $1 million for a feature on her feed, nano-influencers offer a budget-friendly alternative. That’s perfect for smaller brands looking to dip their toes in the water of influencer marketing, or for big businesses who want to target a lot of localised audiences as part of a longer campaign.

Of course, where nano-influencers fall short is reach; they’re not going to get millions of views or make your product go viral. What they will do, if chosen correctly, is make sure the right people are viewing your product. They might not generate record-breaking stats, but they will attract genuine prospective customers to see authentic experiences with your brand.

Brand-building awareness pieces absolutely have their place in marketing campaigns, and hyper-influencers are well-placed to deliver them. But as influencer marketing continues to mature in 2019, nanos might just be the next big, little thing.