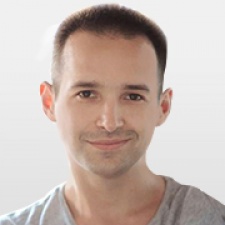 Influencer marketing is one of the hottest trends in the games business right now. So it goes, get your title in the hands of the right content creator and its fortunes could explode.

Companies like Seriously, Supercell and Space Ape have all been entering partnerships with influencers to help promote their games, while other companies including Flaregames, Gamevil and more have also been going to influencers for marketing campaigns.

Russian studio Pixonic, which develops action strategy game War Robots, has recently got in on the act too.

After noticing that it was becoming increasingly difficult for traditional advertisements to make an impact, particularly in the face of so many other ads causing “banner blindness”, Pixonic has turned to YouTube influencers.

“We noticed that a lot of non-gaming brands started going to influencers as advertisers,” says Pixonic CMO Artem Petukhov ahead of his talk at the White Nights Conference in Prague entitled ‘Influencer marketing: How to make it work, measure the results, and get ROI over 100 per cent’.

“Of course, influencers advertised games as well, but these were mostly triple-A PC and console games, and the goal of such promotion was probably broadening the media reach of the games and thus influencing sales positively.

“Us in the mobile games industry however are more used to targeting ads, tracking what happens to the traffic after installs and predicting its payback.

“Having such set of tools, we were more positive about doing something easily countable and predictable and were not really ready for daring experiments. But after we came to the conclusion we needed new paths to growth, we decided to turn to YouTube, since the share of mobile traffic there has drastically increased."

The right kind of influence

To identify the right YouTubers for its marketing campaigns, Pixonic looks at a number of factors such as breakdowns of audience age and gender, where influencers and viewers are located, the channel’s main themes and how the content creator delivers a sponsored video to their audience.

To start with, PIxonic had to act on intuition, at which point it found that, in some cases, a non-gaming channel can perform better than a games-focused one.

“It may have less of our exact target audience, but it also may have less competition for an advertising slot, which, in the end, has an effect both on the price and return on investment,” says Petukhov.

After conducting a number of tests and making several hypotheses, we finally made our YouTube campaigns profitable.

For one of its latest marketing campaigns, Pixonic invested around $300,000, its largest to date. From this, it managed to get double the views compared to previous campaigns, along with a positive ROI and an “exponential” increase in the number of installs.

Petukhov claims that if a marketer chooses the right format and topic for an influencer campaign, the final metrics could be “easily comparable to those you can receive using Facebook and Google”.

While there are major benefits of influencer marketing, it's not quite that simple though.

“One problem with that is that finding your target audience on YouTube is way more complicated because there are no tools for that yet,” explains Petukhov.

“Picking the right channel for making an ad takes much time. When we began experimenting with this market we had to invent the approach on the go. After conducting a number of tests and making several hypotheses, we finally made our YouTube campaigns profitable.

“Yet another problem remains: we can’t track all of the traffic that comes from YouTube and measure the results of a campaign as precisely as it’s available on Google and Facebook.”

Despite the issues, Pixonic plans to scale its influencer marketing campaigns in 2018 and will look to harness other platforms such as Instagram and Snapchat, as well as promote the game in markets such as Asia and Latin America.

Petukhov will be discussing more about Pixonic’s influencer marketing campaigns at the White Nights Conference in Prague on February 13th.

Have you got something to say about the world of influencers? Get in touch!