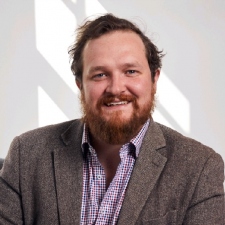 During this year's Influencer Marketing Show, social and influencer planner at MSL UK Edward Brittain hosted a panel addressing the current stigma around influencers and their work.

Brittain tapped into the notion that influencers are 'talentless wannabes' that only exist to serve impressionable audiences.

A survey from MSL also asked 1000 consumers and 100 creators about their thoughts on the influencer landscape, which Brittain presented alongside his.

According to the study, genuity was the most popular aspect that attracts consumers to a creator, with 30 per cent of respondents stating they're drawn to genuine social media personalities.

This trend carried on, with 24 per cent stating that they're drawn to creators that 'say what they mean'. 17 per cent preferred creators to be both creative and informative, and just 12 per cent cited inspiration as a preference.

"What makes influencers is the relation they have with their audience," Brittain adds.

"The majority wants more news and reliability than inspiration - genuinuity triumphs in this era of influence."

The age of influence

The study also showed that general trust in social media personalities deteriorates with age. The 18 - 24 age bracket showed that 70 per cent of respondents trust their favourite influencers, and that number slowly dropped as the age brackets got older.

This trend was also cited for influencers in general, and not just the ones people like. However, the one difference in the data was the 53 - 64 age bracket had slightly more trust in influencers than the 35 - 44 bracket.

Consumers are also largely open to brand partnerships. 66 per cent of the 1000 consumers are fine with influencers that work with my brands, with product discoverability cited as the top reason.

That remaining 34 per cent are against brand partnerships, and think that brand deals only lead to worse content, according to Brittain.

Why do influencers influence?

It's easy for a lot of people to presume that influencers are only in it for the money. However, Brittain assures that while money is a factor, it's not an influencer's main drive by a long shot.

"We're in this era where a young generation of influencers is being inspired to make content by their predecessors," Brittain states.

Influencers are also driven to continue making content for similar reasons. 53 per cent said that its the opportunity to simply create that keeps them going, while 47 per cent said that the positive reaction to their work encourages them to carry on.

42 per cent of creators said they enjoy making a difference, and just 27 per cent said that they do it to pay the bills, a low but honest reaction.

Brittain talked about influencer collaborations with brands, and how the two can work together to bridge the gap and restore trust in the audience that doesn't favour sponsored content.

"Influencers need to feel like a partner," he says.

"They need to contribute their ideas and thoughts to the project. Every influencer is individual talent, not just a whole marketing channel."

He also highlighted the three major components needed to create a great campaign.

Brittain also mentioned a handful of 'deal-breakers' that'll turn an influencer away from a potential campaign or brand deal. Failing to do research on a creator was a big red flag, as it is immediately obvious when a brand hasn't looked into a creator's work, style, or demographic.

Treating influencers like a marketing tool was also a big no-no. Creators are all separate, individual people making unique content and should be respected as such, rather than lumping every influencer into one neat channel.

The last point was that brands need to let go of the reigns and not be too controlling with a campaign. Of course, both sides will want control, but Brittain points out that its the influencer that needs to keep control of their personal voice as a human being, and not a brand's

"Influencers have a great responsibility on their shoulders as to what they can say, do or be, "Brittain concludes.

"They must act in a conscientious way and be emotionally responsible.

"Taking away the humanity kills communication. Don't lose the human, and treat creators as individuals."