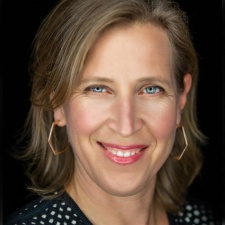 Content creation and social media platforms aren’t known for curation - they want to be open to everyone. It’s a commercially sound stance and on the face of it, a good one for creators and consumers.

But it doesn’t work. Loose rules are awkwardly applied, often with a lack of consistency.

This is not to echo US president Donald Trump. One thing that’s been muddied with the spread of false information on social media and attacks on the press is fact versus fiction, right and wrong. Everyone’s wrapped up in left and right.

YouTube CEO Susan Wojcicki once again set out the company’s stall at the Wired 25 Summit in San Francisco this week. As Variety reports, the video platform’s boss said it would not be editorialising videos itself.

Indeed, she revealed that YouTube would instead work with partners to inform viewers of conspiracy videos with factual content. Earlier this year YouTube already said it would flag ‘fake news’ videos with links to associated material on Wikipedia.

“We don’t want to be in the business of saying: This is true, this is not true,” said Wojcicki.

But if you can mark a video with the real facts, is that not the same as stating it isn’t true?

We don’t want to be in the business of saying: This is true, this is not true.

Is it freedom of speech to spread vicious lies? Would it be censorship to take offline a video from the far-right that creates fiction around minority groups to advance its goals?

Voices are still being heard - but as with everyone, what you say has consequences.

Holding back the storm

It’s been a tough couple of years for YouTube, which has seen advertisers leaving the platform, concerned with being linked to racist content.

“The last 18 months, I really think (of as) our growing up years,” said Wojcicki.

“I think we are in a much better place, we worked really hard.”

Indeed, all social media platforms, even Apple, banded together to ban InfoWars, which thinly masks its conspiracies and purposely controversial content as a right-wing media. It in fact it has little to do with real Conservative values.

But one high-profile case, while good, isn’t really enough.

There’s a difference between real facts and politics. Perhaps companies like YouTube struggle with this because their algorithms do.

Perhaps they are also worried a significant audience may leave them.