Not all YouTubers are reckless, Markiplier insists 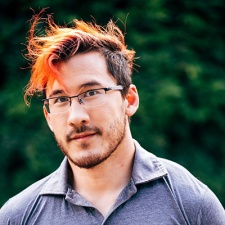 YouTube star Mark ‘Markiplier’ Fischbach has pressed that point that while the negative actions of the few are currently defining wider creator media coverage, such people are not indicative of everyone in the sector.

“We’re not all reckless,” Fischbach, who has 19m subscribers, told Polygon. “I want to embrace this idea that we can be professional.

“I’m afraid [people] think YouTubers are only these dancing monkeys that don’t take things seriously. There’s a huge group of YouTubers that take things extremely seriously and try to approach things with the utmost professionalism.”

Fischbach went on to express his displeasure at the number of creators who use drama and controversy to drive views, saying that he and many others instead try to focus on improving their creativity to win an audience.

He also touched upon the hard work required to build a successful YouTube career, and how for many it will forever remain an impossible dream.

“There’s an expectation that if you work hard enough you can make it, but it’s not true. Some people will work hard all their lives and they will not make it. That’s the reality of the world that we live in,” he added. “You can scale a business, but you can’t scale a person. When you’re doing the same grind for six years, it will get anybody down.”

Markiplier raises $422k from ‘Save the Children’ charity livestream