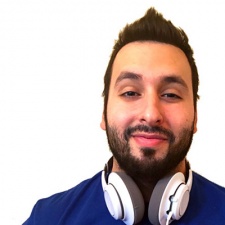 Former professional Counter Strike player and Twitch streamer Mohamad ‘mOE’ Assad has been temporarily banned from the channel after trying to defend his use of the word ‘faggot’.

Warning – those of a more sensitive disposition might find some of the below a bit tough going.

In a stream which mOE himself has since voluntarily shared, the streamer says: “I’m going to try and stop saying faggot, but it’s one of my favourite words of all time. It’s not a bad word. And it has a lot of meanings.”

mOE then asked one of his Counter Strike teammates if “faggot considered a bad word?”. mOE seems surprised at the shocked reaction, leading to the following exchange:

In summary, mOE's defence is that he “uses the word faggot to call people retards”. Or in other words: “I do not use the word faggot to imply homosexuality, but instead to imply the presence of learnings disabilities”. Which, one has to admit, is pretty spectacular.

On social media mOE went on to blame an assortment of other influences for his ban, citing what he believed was a “witch hunt on Reddit”. He also argued the ban was unfair because he had “already made a commitment to change my vocabulary”, lamented the fact that he “can’t even say anything” despite labelling his channel as containing mature content and complained about never having received any prior formal warnings.

Second streamer suspended for use of homophobic and/or racist language