Second streamer suspended for use of homophobic and/or racist language 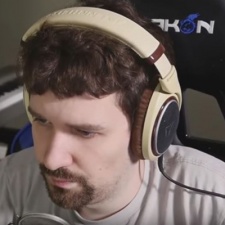 Hot on the heels of mOE’s suspension, popular Twitch streamer Destiny has also been temporarily banned from the platform.

Like, mOE, Destiny appears to have gotten himself in hot water for the use of the words ‘faggot’ and ‘retard’.

“I was given two reasons for why I was banned,” Destiny said in a video telling his side of the story. “The first one was because I called the one dude a bad word. I called him the f-word – I don’t even know if I’m allowed to say it without getting banned on another platform – and called him a retard or whatever. Apparently that was bad.

“But they also clipped the thing where I was talking to my mom and I said, ‘Holy shit, maybe they should just fucking shoot Cubans who were swimming over to the US or something or what my mom wanted to do to Mexicans or whatever.’”

Destiny, who was banned earlier this year for threatening another streamer “as a joke”, goes on to defend the latter remark by citing his own Hispanic descent.

Earlier this week former professional Counter Strike player and Twitch streamer Mohamad ‘mOE’ Assad was temporarily banned from Twitch after trying to defend his use of the word ‘faggot’.

In a stream which mOE himself has since voluntarily shared, the streamer says: “I’m going to try and stop saying faggot, but it’s one of my favourite words of all time. It’s not a bad word. And it has a lot of meanings.”