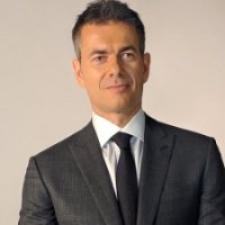 YouTube has highlighted concerns it has with Article 13, a law that is currently under debate.

Article 13 is part of the Copyright Directive, a series of laws proposed by the European Union that aims to harmonise copyright law online.

Chief business officer Robert Kyncl has spoken out about the directive in a blog post, explaining what the passing of the law could mean for YouTube's creators.

Kyncl wrote that the Directive in it's current form could be “discouraging or even prohibiting platforms from hosting user-generated content."

“This outcome would not only stifle your creative freedom, it could have severe, negative consequences for the fans, the communities and the revenue you have all worked so hard to create.”

Kyncl points out the importance of user-generated content and how it has resulted in virality for popular musicians, using Drake, Dua Lipa and Alan Walker as examples.

"That’s what makes platforms like YouTube special: fan videos have the power to help propel established songs to new heights and even break new artists. This is the new creative economy in action," Kyncl said.

"The Copyright Directive won’t just affect creators and artists on YouTube. It will also apply to many forms of user generated content across the Internet."

However, some companies are in favour of Article 13, particularly those in the music industry that use YouTube as a promotional platform. A leaked letter from Warner Music Group CEO Stephen Cooper allegedly detailed why the video platform should be responsible for copyright infringement in UGC.

"Our fight to further improve compensation and control for our songwriters and artists continues to be hindered by the leverage that ‘safe harbor’ laws provide YouTube and other user-uploaded services," Cooper wrote in the letter.

“There’s no getting around the fact that, even if YouTube doesn’t have licenses, our music will still be available but not monetized at all. Under those circumstances, there can be no free-market ‘willing buyer, willing seller’ negotiation.”