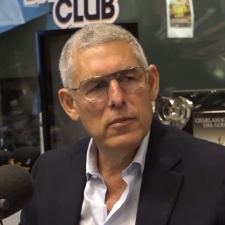 YouTube's global head of music has spoken about how Article 13 could potentially affect music creators on the platform.

Lyor Cohen published a newsletter on YouTube's blog today that detailed his thoughts on how the copyright directive could be a detriment to the music industry. The letter also featured an interview between himself and John Shahidi from Shots Studios.

“Let me be clear: we understand and support the intent of Article 13. We need effective ways for copyright holders to protect their content,” Cohen wrote in the post.

“But we believe that the current proposal will create severe unintended consequences for the whole industry. We still have a couple of weeks to work together towards a better final version of the law. The music industry should really pay attention to these unintended consequences - the system that largely contributes to their success is at risk of major change in the European Union.”

Cohen also wrote about how Article 13 could shut down content such as song remixes, parodies and tutorials. He refers to these types of videos as "powerful promotional tools" for the industry.

He also mentions fan videos, and how they are the "highest form of engagement". Article 13 could also put a stop to any videos made as a tribute to an artist.

Cohen is not the first YouTube executive to speak out about Article 13 and its potential effects on YouTube. The platform's CEO Susan Wojcicki also said that the legislation could pose a threat to "your ability to share your voice with the world".

YouTube chief business officer Robert Kyncl also highlighted the platform's concerns prior to the vote back in September.

In September, the EU voted in favour of Article 13. However, the board will continue to negotiate terms into 2019 and a final vote for the legislation will take place in January.