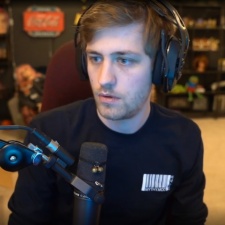 With Summer Games Done Quick over for another year, esports is back on top. Leading the charge is ESL_CSGO on Twitch, after racking up a huge 5.88 million hours watched last week with coverage of the ESL One Cologne tournament. The event came to an end last Sunday, with Team Liquid swooping up the $1 million grand prize.

Twitch's OverwatchLeague channel is in second place, moving up two places from fourth despite a 33.4 per cent decrease in hours watched. The Overwatch League is still going strong on Twitch and the stage 3 playoffs kick off this week.

CSRuHub on Twitch is the channel in third, a new entry after amassing over 2.1 million hours in the last 7 days. The channel has also been providing coverage of the ESL One Cologne event out to its Russian audience.

Battle royale favourite Shroud takes fourth place with a 61.1 per cent rise in hours watched. His Twitch channel racked up 1.7 million hours last week after the streamer made a return to Apex Legends.

Warframe on Twitch is another new entry in fifth after bringing in over 1.6 million hours watched. The channel covers popular MMO Warframe - but this week's surge in views was down to an eight-hour livestream from its annual event TennoCon.

Twitch's Sodapoppin smashes back into the top 10 after a meteoric 558.9 per cent increase in hours watched. The streamer did a serious amount of streaming last week, racking up over 1.4 million hours.

Riot Games on Twitch comes in at seventh, moving down two places after a 33.6 per cent drop in views. Ninja moves up two places to eighth with a small but effective 3.1 per cent increase in hours watched.

Garena Lien Quan Mobile is the first and only YouTube Gaming channel to appear in the chart this week, managing to cling on for a second week despite a 35.3 per cent decrease in views. The channel covers Garena Free Fire and is based in Thailand.

Beyond The Summit is the last new entry in tenth after amassing over 1.1 million hours watched. The Twitch channel focuses on Dota 2 and has been covering The International 2019: South America Qualifier.