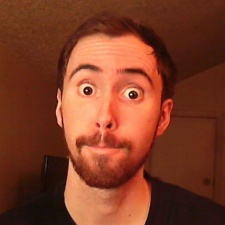 It's green arrows across the board for last week, and Dota2mc_ru tops the chart this week after a whopping 646 per cent rise in hours watched. The Twitch channel has been covering Dota 2 and racked up over 5.4 million hours last week.

Beyond The Summit is in second place after a 235 per cent rise in hours watched. The channel broke into the chart in tenth a week ago, and has amassed over 3.7 million hours since. Both channels are currently covering the Dota 2 TI9 CN regional qualifiers.

Garena Lien Quan Mobile takes third place and is the only YouTube Gaming channel in the chart this week. It saw a 170 per cent rise in views, bringing in over 3.1 million hours of Arena of Valor coverage last week.

Dota2RuHub comes in eighth after a 309 per cent rise in hours watched covering TI9 CN regional qualifiers, similar to the channels leading the chart. Twitch Prime is a new entry in ninth, racking up 1.3 million hours watched hosting the Apex Legends 2019 crown cup.

World of Warcraft streamer Asmongold closes the chart, making a return after a huge 558.9 per cent rise in hours watched.