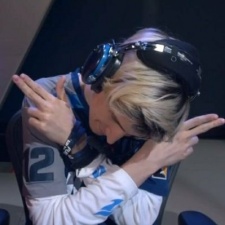 The OverwatchLeague channel tops the chart for another week as stage four of the season rolls on. The Twitch channel saw a 31.6 per cent decrease in views but still racked up over 4 million hours watched last week.

Riot Games' Twitch channel comes in second despite a 47.2 per cent drop in views. Channels that were covering the Fortnite World Cup last week have fallen out of the chart, making way for other channels to return.

This is also demonstrated by Tfue moving back into third place despite a 52.1 per cent drop off in hours watched last week.

Evo is a new entry in fourth this week, racking up over 1.7 million hours as part of its 2019 championship. The event saw a plethora of professional gamers come together to compete in a number of fighting game tournaments, including Tekken, Super Smash Bros. and Soul Calibur.

xQc on Twitch takes fifth place after a 156.3 per cent rise in views. However, this rise more accurately reflects a return to streaming following a 3-day Twitch ban for showing a video containing male nudity.

Shroud moves back into the chart in sixth, but sees a 24.4 percent drop in views after a focus on Overwatch. Garena Lien Quan Mobile sees the biggest view increase for last week and is also the only YouTube channel in the list.

Evo1 on Twitch takes eighth place, a channel that has also been covering this weekend's Evo 2019 championship. Warcraft streamer Asmongold takes ninth but sees a 30.8 per cent drop in views, and CS:GO pro Gaules rounds off the chart in tenth despite a 44.2 per cent decrease in views.