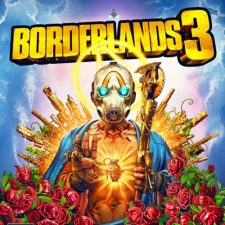 World of Warcraft manages to keep the top spot for another week running, but a sizeable 31.3 per cent decrease in views sees the MMO close to being dethroned.

Fortnite is hot on the heels of WOW once more, racking up over 21.2 million hours watched despite a 3.8 per cent decrease in views. League of Legends falls to third after a 23.5 per cent drop in views.

Grand Theft Auto V moves up to fourth despite a decrease in views, and PUBG Mobile moves into fifth after a 9.3 per cent increase in views, amassing over 10.5 million hours in the last week.

Minecraft manages to stay in sixth even after a 21.8 per cent drop off in views across the board. Borderlands 3 is a new entry in seventh after its release on September 13th. In just three days, the title has racked up over 9.4 million hours watched.

Counter-Strike: Global Offensive falls from fourth to eighth this week after a 42.7 per cent drop off in views. PlayerUnknown's Battlegrounds also drops one place to ninth. Garena Free Fire re-enters the chart in tenth after a 13.5 per cent rise in views, racking up over 6.8 million hours in the last week.