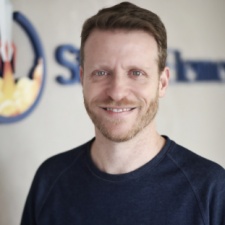 This week, VentureBeat hosted the GamesBeat Summit 2020, a digital conference featuring a host of talks, panels and networking opportunities for folk working in the games industry.

As part of the summit, StreamElements CEO Doron Nir took to the Zoom stage with a talk titled 'Bulletproofing Your Brand Strategy in the Age of Influencers'. During this talk, Nir explored a brief history of influencers, before leading into how to utilise them in gaming.

Nir traced influence all the way back to the 1700s with an English potter named Josiah Wedgwood, who created tableware for different social classes. Influencers throughout history were mainly royalty or Clergy, until the turn of the 20th century when commercial radio and cinema began to grow.

During this time, radio presenters and filmmakers became influencers. This happened all the way until the birth of television in the 50s. With TV stars, came authenticity. People wanted to see real stories and relatable characters, according to Nir.

"When you're talking to influencers you're looking for authenticity," he said.

"Influencers are self-made media personalities and they got there with an authentic quality."

The age of influencers

Nir went on to explain that influencers are different depending on their platform or type, and how they generally grow beyond their native platform to form a massive social reach.

"Influencers start out being good at one thing, and then they grow to become media personalities that we listen to when we make consumer decisions on any platform," Nir added.

"They grow beyond their platform and become omnipresent. They control their own creativity and can adopt new platforms are they come."

Before social media really took off, video games marketing belonged to the guys working in game stores. It was up to sales clerks to market and shift video games from the shelves. Now, digital distribution platforms make the process easier and harder simultaneously.

Nir used the February 2019 launch of Apex Legends as an example of great influencer marketing in gaming. The title launched with no warning, but with a slew of gaming influencers streaming it across Twitch, YouTube and Mixer. It is reported that EA paid streamer Tyler 'Ninja' Blevins a cool $1m to stream the game on its launch day.

The same trend is happening with Riot's new shooter, Valorant. The game is still in beta, but the sheer amount of support from streamers has seen it break record Twitch numbers this month - the game has racked up higher views than Fortnite saw at its peak.

Nir concluded the talk with a handful of pointers on how to utilise gaming influencers in marketing campaigns. He highlighted the importance of finding the right influencers, nurturing a relationship with them and making them 'partners in success' by supporting them through affiliations.

He also drew attention to the main types of gaming creator: the educators that craft how-to videos and walkthroughs, the journalists, the community masters with high engagement numbers, and the stars, with huge brand awareness potential. Nir assures that it is vital to identify which kind of influencer you need, before building a lasting relationship with them.