Are virtual influencers set to take over your job? 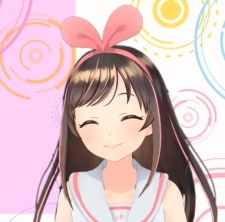 You read that correctly.

The world is beginning to recognise the sheer power of influencer marketing. However, what happens when you're not charasmatic, funny or remotely relatable?

You create someone who is!

What is a virtual influencer?

There isn't a set definition for 'virtual influencers' yet. The best way to describe it is an animated/CGI/virtual character or entity that has been built to create or promote content.

This isn't unusual, brands have been creating advertising mascots for years. However, virtual influencers are different. They don't pertain to a company, they endorse brands and products in the same way a sentient, human influencer would.

Meet AI Kizuna. She's a cute, cheery YouTuber with 1.5 million subscribers that also happens to be a conputer-generated anime girl.

Kizuna 'plays' through a variety of games on her channel, and also does the occasional livestream. She also appears to express frustration at the game and interact with viewers in the chat too, which is frankly quite terrifying.

There's numerous theories floating around the internet discussing who AI Kizuna might be (including the uncomfortable suggestion that Kizuna is actually a sentient AI).

Either way, Kizuna is cultivating both a huge audience and a massive amount of marketing potential.

Instagram also has it's own virtual superstar. Miquela "Lil Miquela" Sousa is a computer-generated Instagram model and personality.

Lil Miquela has amassed an astounding 700k followers on her Instagram, a lot of which are still questioning whether she's real or not.

While it's quite obvious that AI Kizuna is a CGI anime girl, Lil Miquela is a little more ambiguous. She dresses, acts and sounds like a real person. She has numerous social accounts, email addresses and appears to live in LA. She's been created by someone, but no one knows who.

Theories have suggesteed that Miquela is the creation of digital artist Nicole Ruggiero, however Ruggiero insists that she isn't behind it.

Are virtual influencers a threat?

The most interesting thing about virtual influencers is that they are safe bets from a marketing pespective.

They are built to perform as a simulcrum of a particular social trend and can largely be trusted to not express unwanted opinions. There's no danger of a CGI character vlogging a corpse, at the very least.

However, authenticity is a large detail that factors in to the success of influencer marketing. A successful campaign relies on an influencer's ability to be real with their audience.

Computer-generated virtual influencers can create a message, but they're not personable. They can't interact with their followers the way a human would. They can't express opinions on topical, social or cultural trends because they're not sentient and if they do, it's obvious to their audience that an anonymous someone is controlling them.

If you're a living, breathing influencer, I wouldn't worry just yet. This isn't your AI apocalypse. Yet.

Have you got something to say about the world of influencers? Get in touch!