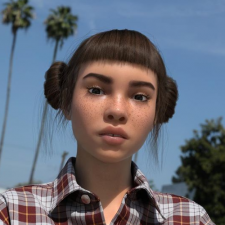 In case you missed it, virtual influencers are popping up all over the place and the one leading the charge is Instagram starlet Lil Miquela.

Brud, the company that runs Lil Miquela, reportdely just received $6m in funding to continue their work with the digital influencer.

Lil Miquela made the news recently after her account was seemingly 'hacked' by another AI personaliy, Bermuda. Bermuda posted to Lil Miquela's Instagram revealing that Lil Miquela isn't real and her followers have been 'lied to'.

This comes shortly after Lil Miquela made the shocking reveal to her Instagram followers that she's not actually a human. While that may have been obvious to some, it turns out that a lot of Miquela's followers didn't know that.

It appears that weird, dystopian A.I. fashion drama is highly investable right now and seemingly what the influencer space needs.

The future of influence

The most interesting thing about virtual influencers is that they are safe bets from a marketing pespective.

They are built to perform as a simulcrum of a particular social trend and can largely be trusted to not express unwanted opinions. There's no danger of a CGI character vlogging a corpse, at the very least.

Computer-generated virtual influencers can create a message, but they're not personable. They can't interact with their followers the way a human would. They can't express opinions on topical, social or cultural trends because they're not sentient and if they do, it's obvious to their audience that an anonymous someone is controlling them.

Are virtual influencers set to take over your job?