Behind the hammer: How chat mods make communities a better place 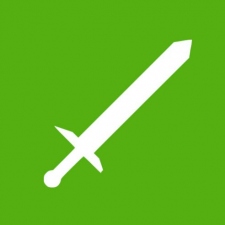 Harry Mitchell is a Twitch moderator and community manager for various content creators, including The Yogscast and NerdCubed.

About three years ago, I found myself getting involved in modding.

Not the kind that turns every Skyrim crab into Zoidberg, but the action of trying to make livestreaming chats a nicer place. It can be difficult at times.

It can also be incredibly rewarding for communities, streamers, and businesses as a whole.

What do mods do?

The job of a moderator can range from banning abusive or unwanted people from the chat to sharing useful information (e.g. the streamer’s merchandise links or their schedule).

It can just be a regular trusted chat member muting or banning the rogue bad egg, but vastly popular streamers often have large, organised mod teams who have strict guidelines to keep thousands of people in check.

It can be chaotic and intimidating, but I reached out to some mods, community managers and streamers as to why it’s an incredibly gratifying and important addition to any streaming service.

I spoke with moderation veterans SquirrelPowa, Mighty_Claw and Jack ‘lolPants’ Baron about the importance of their jobs, what goes on behind the scenes, and some advice to future streaming services.

These chat crime-fighters have years of experience and often work across multiple streamers’ chats once they’re proven to be effective at their job.

“I believe moderators are important to a streamer's community because they help keep a nice friendly interactive atmosphere in chat and on many other platforms that the streamer may use, such as Discord for example,” says SquirrelPowa, a Twitch mod for various streamers such as Sam Strippin and Stephanie ‘MissHarvey’ Harvey. “Moderators are very much a backbone in the streamer's community.”

However as a (usually) unpaid role, chat moderation could often be overlooked as anything more than occasionally banning people that say bad words.

I asked Mighty Claw, a moderator for The Yogscast with many years of experience, if their role is underestimated:

“Definitely. Most people have a general idea of what mods do, as in we keep chat friendly and fun. People don't realise how much information we're managing and relaying to chat and the streamer.”

Moderators are very much a backbone in the streamer's community.

SquirrelPowa also agrees: “most people do unless they have been in the position before and even then, some don't realise how much work moderators put in for free. Moderating is essentially like having a second job sometimes - but they don't get paid for it.”

But what about that extra information us viewers don’t see being traded back and forth? Mighty Claw lets us know what happens behind closed digital doors with moderation teams.

“Most moderator teams have a system of recording any action they've taken in chat. Warnings, timeouts, bans, users to monitor (be it bad behaviour or because they are vulnerable)," Mighty Claw says.

"Moderators have discussions about actions taken, appeals from users, users requesting help. We have meetings and debriefings with the streamer to talk about upcoming events or what went on in the stream.”

I asked Mighty Claw what some of the most common mistakes people make completely by accident.

“Assuming things about how to behave in chat, and not realising there is unspoken etiquette. Don't backseat game, most streamers want to experience the game themselves. They will ask for help when they are stuck, trust us! Don't talk about other streamers in chat, especially announcing you are leaving to go watch someone else. It's a real bummer to the streamer because they think they're not doing enough to keep you entertained.”

Jack ‘lolPants’ Baron, a moderator for NerdCubed’s Twitch, Discord and TeamSpeak services also had some insight on the most common errors users make in chats.

“Without a doubt, it is the failure to read the chat-specific rules. I see this in every service I've moderated, past and present. In the end it's up to the streamer on where they draw the line on certain topics, and this often varies from person to person. Making sure you’re familiar with the specific rules for the chat can be a big help to moderators.”

But how much of this is really necessary? Can an influencer’s live chat function without the work of moderators?

“It honestly depends on the streamer,” says Mighty Claw. “Plenty do fine without moderators, but that's down to the audience they foster. Moderators are an extension of how the streamer works.”

SquirrelPowa felt more strongly about this subject, saying that “if a popular streamer truly had no mods I feel like they didn't their stream as seriously or the community as seriously. If new people that appear in the stream or just anyone in general get wind of how toxic your chat is, then chances are you will just attract more trolls and it will push everyone else away.”

LolPants also agreed that bad chat can turn potential viewers away: “personally, I feel that chat can heavily influence people's decision to watch a stream. It provides the streamer with direct communication to their viewers, and this kind of communication can really encourage people to stay and watch. It makes them feel like they're not just another number in the view count."

“However, this works the other way too. A chat that is unmoderated and full of trolls or spammers can turn away viewers from watching, viewers who can potentially earn revenue and influence for the streamer.”
This is something streamers and new and growing streaming services should keep in mind regarding chat moderation and its importance."

A chat that is unmoderated and full of trolls or spammers can turn away viewers from watching, viewers who can potentially earn revenue and influence for the streamer.

Who watches the watchmen?

As streamers are usually concentrating on getting their next victory royale or how to time their ultimates well in-game, it’s useful to have your own security team keeping chat in check.

Sophie ‘Cadaea’ Keen is a variety streamer, hopping from Rainbow Six: Siege to Destiny, to simply chatting to the camera as part of Twitch’s ‘IRL’ stream category.

“Mods are extremely important in maintaining and building a community,” Keen says.

“They are trusted to review the discussion and take action where necessary based on the streamers preferences and beliefs - something they will know from frequenting said stream. The best moderators also encourage conversation, answer questions, and ensure new viewers feel welcome.”

I asked Cadaea about her IRL streams – how do moderators help these? Could it be done without a live chat?

“I like to start and end my streams in IRL because it gives me the opportunity the connect with my community. It gets people talking (my chat is at its most interactive during these times) and I'm pleased that my viewers enjoy getting involved.

“It would be far more difficult to continue chatting in IRL than chatting with gameplay so no, it would not be the same [without a chat]. Interaction and response is needed to keep the motivation up. Most Twitch streamers have been there at some point and found that it can be both demotivating and disheartening talking to an audience of no one.”

Discovering that Sophie had experience with moderation in the past in addition to her time streaming, I asked her a similar question I posed to the moderators I spoke with – are mods under-appreciated?

“With some streamers, it can be a thankless job.” she says. “You're expected to be available, you're spoken down at, there's obvious favouritism, and it's made clear that the streamer/mod relationship is nothing more than a stream necessity and that you're easily replaceable.

“I respect my mods. We're mostly on the same page and on the odd occasion that we're not, things are dealt with easily and quickly. I have to reiterate that I don't expect them to always be around but I'm very grateful for what they do.”

New kids on the block

Twitch has been an incredibly successful example of what streaming can do for creators and communities, and there are many great alternatives wanting to provide similar services. I asked Jack ‘lolPants’ Baron to give some advice to up-and-coming streaming services such as Caffeine, Mixer and Mobcam on how they can use moderation to improve their user experience.

“Never underestimate the power of good moderation tools.” says Baron. “I have this complaint a lot with the chat program Discord, where they are lacking some essential tools for server moderators to do their job efficiently.

“I think this applies to any service; the easier it is for a chat moderator to do their job well, the better the overall experience for everyone. And if a service doesn't have the tools required, I think that it is crucial for them to listen to the feedback of their users and implement the tools that moderators feel would be beneficial.”

Just as you shouldn’t underestimate what moderators can do, streaming services should also not underestimate the benefits a good stream chat can provide, as these two things can often come hand in hand.

A good chat can create a good community, and a good community can create not only financial and emotional support for a streaming influencer. Not only that, but effective moderation can form growth and friendships within a fanbase, and I think we should celebrate that.