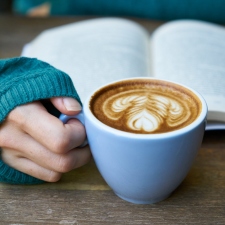 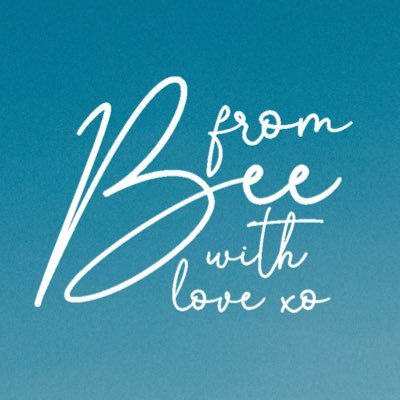 There’s nothing quite as laborious as writing a book. Your sweat, blood and soul go into it: drafts upon drafts, editing, polishing up and finally publishing - only to watch it drown in a sea of other releases.

It doesn’t mean it’s a bad book. Quite often, it simply comes down to poor promotion, failure to target the right readers and not tapping into the growing book influencer market.

Here’s one example of ‘bookstagramming’ that’s not only a joy to look at and read - it really does sell books, too.

Bronte Huskinson defines herself as a ‘creative bookstagrammer, book reviewer and book photographer’. She wrote and self-published her own book at 16, titled Never Mind My Thigh Gap, but admits her marketing game was not on the ball.

Spurred by her lesson, she created a promotional platform for herself. After launching her Instagram account bookishbronte in 2016, posting pretty book photography and clever content, her fancount rocketed to the almost 50K followers she has today.

Working with brands from Cath Kidston to Penguin Random House, her most recent collaboration is with Amazon Publishing: a sponsored advertisement promoting fictional title Girls’ Night Out: A Novel by Liz Fenton.

We’re social animals. If someone we know and trust recommends a novel, we’re more inclined to pick it up. That’s why celebrities and other authors are regularly quoted on the covers of novels.

Look at the success of Goodreads, a book recommendation site that shows you what your friends are reading. But for Amazon, its user reviews are nothing quite like the personal, trustworthy word of an influencer - and a potential buyer would have to land on the page to read them in the first place.

Amazon’s main goal was to tap into Bronte’s audience with an organic, appealing post that would entice potential readers (primarily young women) to head to Amazon and purchase the book.

Huskinson is very transparent about her organic or ‘gifted’ posts and tries to stick to an 80/20 rule. In her Instagram post for Amazon Publishing, the book influencer has made no secret this is a collaboration, beginning the caption with ‘#ad @amazonpublishing’ to make it crystal clear from the start.

Amazon has given her the creative freedom to create an image that aligns with the theme and story of the book itself and yet remain true to the Bookish Bronte brand aesthetic. She’s paired the imaginative photograph with a chunky review that uses emotion (the fear of losing a friend on a night out) and a sense of mystery to lure in her primary audience - young female book readers.

Books are as wildly varied as music, fashion and art. From horror to humour, each influencer will be different depending on the reader you’re trying to reach. Regardless of what gives them their niche, a strong follower count of devoted fans and an influencer with sincerity is always needed to make waves.

For Amazon, working with Bronte Huskinson to sell books was a smart decision. While Bronte has admitted that the engagement rate on her ads is half the normal rate, she uses smart marketing psychology to help bump up the figures. One of these is by including a question in the caption and speaking to her audience like a friend. A completely natural question - ‘I mean, can you imagine how that would feel?’ - but one that spurred more users to comment and harness more of a connection to the influencer.

Amazon’s paid ad on Bronte’s Instagram received over 4,000 likes and over 100 comments. Brand association with Amazon increased in positivity, with many Instagram users commenting that they were adding the title to their reading lists.

In today’s uber-digital world, younger audiences are using social media to discover new-everything. Amazon’s sales of books are testament to this: the giant sold 35m more print books in the US in 2016 than the previous year, sparking a revolution of new book readers.

By continuing to use influencers such as Bronte to start conversations and inventively promote titles, Amazon and other booksellers can massively increase sales.