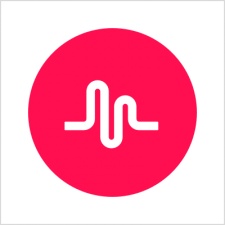 Social music app Musical.ly’s vibrant community of ‘musers’ dancing and lip-synching to music clips was a key factor in its recent $800m+ acquisition. Now it’s giving something back.

The company has announced a ‘Creator Fund’ that will invest $50m over the next two years in a number of initiatives for Musical.ly’s influencers.

The money will partly be spent on college scholarships and educational grants to help musers “pursue careers in the world of video storytelling and digital media”.

The fund will also be used to build a ‘Creator Marketplace’ where Musical.ly users can “exchange and sell creative assets (such as AR objects or original music), instruct and participate in virtual workshops, collaborate with brands, and more”.

Finally, Musical.ly will invest some of the $50m on a ‘Co-Innovation Partner Program’ with media and content firms, which it hopes will help it “pioneer new formats and technologies for advancing mobile video storytelling”.

While Musical.ly has a large number of children using its app, the company says that the Creator Fund will be focused on “largely college-age and beyond” musers.

“The musical.ly Creator Fund illustrates our commitment to supporting the growth and development of our creators and expanding the opportunities available to the creator community, both inside and beyond the app,” said co-founder Alex Zhu.

The announcement of the fund came as Chinese technology company Bytedance closed its acquisition of Musical.ly, which reportedly valued the company at more than $800m.

Bytedance says it hopes to help Musical.ly sign up even more users in China, Japan, South Korea and other Asian countries, as well as applying its artificial-intelligence technology to the app.

“We are impressed by the passion of the user community, whose creativity, humor, and expression of their interests through short videos has made musical.ly a powerful and engaging platform,” said Bytedance CEO Yiming Zhang.

Zhu and his co-founder Louis Yang will continue to run Musical.ly as an independent platform.