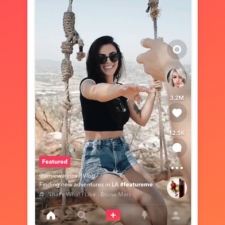 Brands including Disney, Kit-Kat and Beiersdorf are running influencer-marketing campaigns within social music app Musical.ly, tapping in to its youthful community of dancers and lip-synchers.

Digiday reports that Cheetah Mobile, one of the investors behind Musical.ly, is driving these partnerships by setting up brands with popular 'musers' on the app.

Brands are paying around $50k per video for their campaigns, with average CPM rates of $15. The feature cites one example where skincare firm Beiersdorf launched a campaign called #SprayandPlay aimed at 14-18 year-olds using the app.

Disney Channel UK and an unnamed record label are among the other brands spending money on Musical.ly campaigns.

The app became a veritable craze among teenagers and pre-teens in 2016, who use the app to mime and dance to clips of popular songs, then share them within Musical.ly as well as on other social networks.

Musical.ly had more than 215 million registered users by August 2017, although its last public figure for active users was 40 million daily actives, towards the end of 2016.