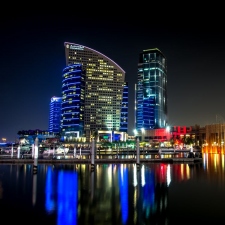 According to reports, those that conduct business via social media in the United Arab Emirates will now need a license to influence.

This new rule was announced on Tuesday, and it requires everyone conducting “commercial activities” through social media to apply for a goverment-issued permit.

Influencers need to apply for the license before June 31st, or they could be slapped with a huge fine of 5000-dirham, which is £984.

These new guidelines will apply to news websites, electronic media outlets, and on-demand printing services, as well as UAE based commercial activities that are managed via social media.

Playing by the rules

According to ArabianBusiness.com, National Media Council director-general Mansour Ibrahim Al Mansouri stated that the new rules would help "promote and develop an advanced legislative and regulatory environment for the UAE media sector."

While conduct is a tad more liberal in the UAE compared to other Middle Eastern locations, it does take the governing of social expression quite seriously.