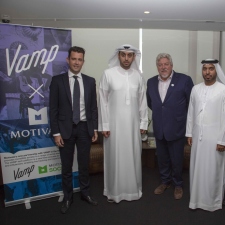 Creators that work through Vamp will be offered the opportunity to bypass steep e-media license fees in the United Arab Emirates.

The government has enforced a rule that requires influencers to hold an e-media license if they wish to generate revenue from social media platforms.

The cost of this license is a whopping AED 15,000, which equates to around £3000. However, Vamp is the first agency that can officially cover the cost for influencers registered to the company.

Individual and partnership licenses will both cost AED 15,000 (£3000). However, influencers under agencies will not have to pay, as long as they're working through the agency only. Creators partnered with Vamp will pass as 'NMC registed' without having to purchase a license.

“This is a significant step forward and an enlightened policy from the NMC recognising that all influencers do not fall in to the same category,” said Motivate’s managing partner, Ian Fairservice. Motivate is partnered with Vamp.

“In particular, it distinguishes between macro-influencers, particularly those working alone, and micro influencers, such as the more than 400 currently aligned with Motivate-Vamp, offering clients an opportunity to tailor and monitor highly bespoke social media campaigns.”